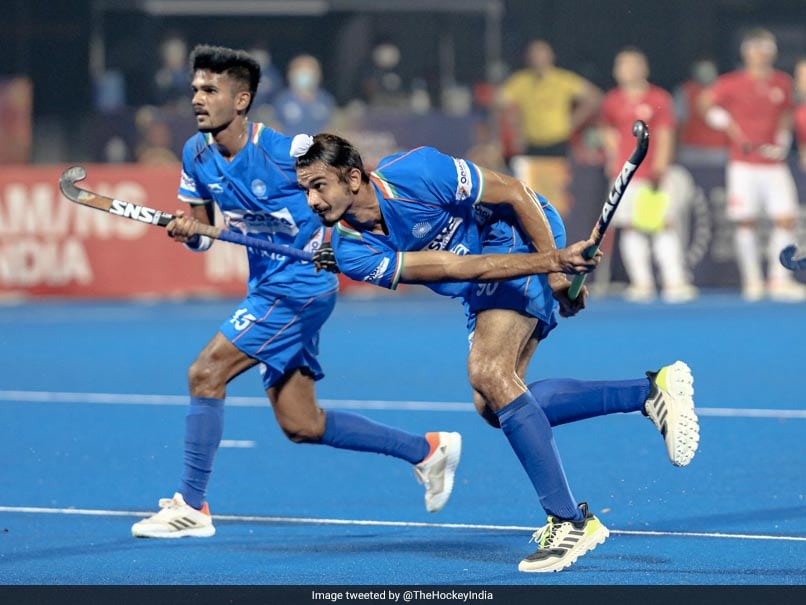 India overwhelmed Poland by a margin of 8-2 to qualify for the quarter-finals in the ongoing men's Junior Hockey World Cup being staged in Bhubaneswar. Sanjay Kumar, Araijeet Singh Hundal and Sudeep Chirmako scored a brace each to guide the home team to a resounding win and set up an exciting clash against Belgium on December 1. Vice-captain Sanjay scored twice while Hundal also performed brilliantly to register two goals. For Poland, Wojciech Rutkowski and Robert Pawlak got into the scoresheet on an average day for the Polish hockey team.

Belgium ended at the top of Pool A. They pipped Malaysia for the top spot on the basis of goal difference.

India bounced back strongly with a 13-1 win against Canada in their second pool game. This much-needed win came after a shocking 4-5 defeat vs France.

Dragflicker Sanjay scored in the fourth minute of the match which also happened to be his seventh goal of the ongoing competition.

Uttam and Tiwari scored a goal each to make it 5-0 for India by the 38th minute. Sudeep roared back to find the net once again in the 40th minute to make it 6-0.

Poland scored two goals but India ended on a high with goals from Sanjay and Hundal.