Following months of speculation about the negotiations and whether Hamilton would move to another team, the 33-year-old is now tied to Mercedes until the conclusion of the 2020 season. 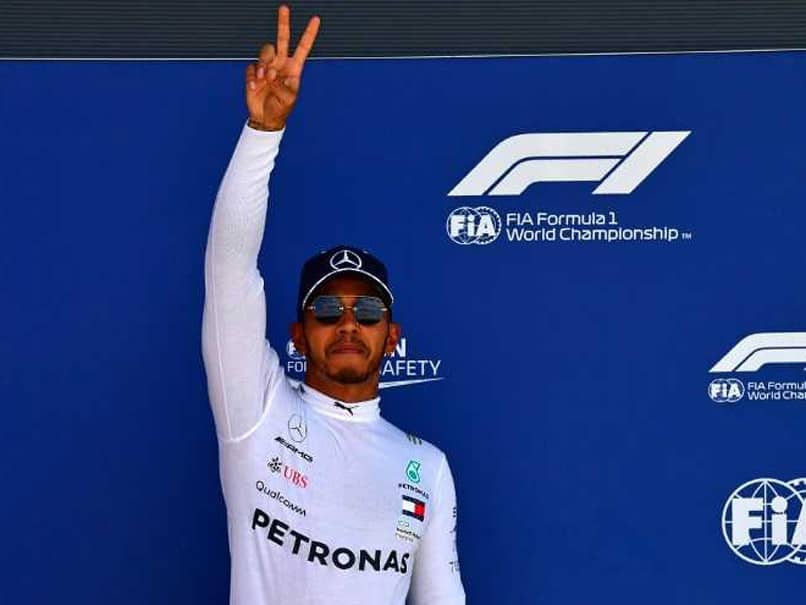 Lewis Hamilton finally ended speculation over his future on Thursday as the four-time world champion signed a blockbuster two-year contract extension with Mercedes. Hamilton's deal is worth a reported 40 million pounds ($52 million) per year, cementing the British star's status as Formula One's highest-paid driver and his country's top-earning sportsman. Following months of speculation about the negotiations and whether Hamilton would move to another team, the 33-year-old is now tied to Mercedes until the conclusion of the 2020 season. Hamilton insisted he had always been on course to remain with Mercedes, telling the team's website after the announcement: "This contract extension has basically been a formality since Toto and I sat down during the winter, so it's good to put pen to paper, announce it and then get on with business as usual.

"I have been part of the Mercedes racing family for 20 years and I have never been happier inside a team than I am right now.

"We are on the same wavelength both on and off track - and I am looking forward to winning more in the future and shining even more light on the three-pointed star. I'm very confident that Mercedes is the right place to be over the coming years.

"Although we have enjoyed so much success together since 2013, Mercedes is hungrier than ever - from Dr Zetsche and the board members at the top of Daimler, through Toto (Wolff) and the team management, to every single person I meet in the corridors of Brixworth and Brackley."

Hamilton will be nearing his 36th birthday at the conclusion of his latest contract, and he has made no secret of his desire to forge a career in fashion or music.

For now, Hamilton is chasing his fifth world crown this season to join Michael Schumacher and Juan Manuel Fangio as the only other driver to have won more than four titles.

He is second to Schumacher, in terms of Grand Prix wins, and holds the record for the most pole positions in the history of the sport.

"The competitive passion that burns bright inside me is shared by every single member of this group -- always chasing the next improvement and digging even deeper to make sure we come out on top," Hamilton added.

"I can't wait to see what we can achieve together in the next two-and-a-half seasons."

Hamilton has won three of those titles, with the fourth going to former team-mate Nico Rosberg, who retired after becoming champion in 2016.

Mercedes' announcement is a huge boost for the team ahead of the Grand Prix in Germany on Sunday, with Hamilton trailing Sebastian Vettel in the championship by eight points.

Team boss Toto Wolff was relieved to get Hamilton to sign up for another two years and he believes the driver can make more history with the British-based outfit.

"We have been aligned with Lewis ever since we first sat down to discuss the details of this contract after last season, but there has understandably been a lot of interest and speculation around the whole process, so it's good to put all of that to rest and get this thing announced," Wolff said.

"But what I enjoy most about working with him is getting to know the man inside the racing helmet - his relentless drive for self-improvement, his emotional intelligence as a team member and his loyalty to those around him.

"Mercedes has become Lewis' home in Formula One and his story is linked forever with the silver and green of Mercedes-AMG Petronas. I am very confident that we have some incredible chapters of our story together still to come."