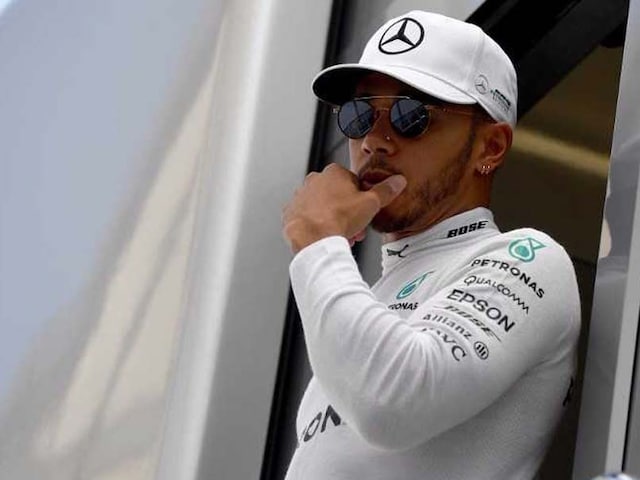 Lewis Hamilton is bidding for a record sixth win.© AFP

Lewis Hamilton remained confident of unlocking more speed from his Mercedes car to boost his bid for a record sixth win in this weekend's Hungarian Grand Prix on Friday. The championship-chasing three-time world champion, who is just one point behind four-time champion Sebastian Vettel in the title race, was only fifth after the opening two practice sessions topped by Australian Daniel Ricciardo of Red Bull. Vettel was second for Ferrari ahead of Hamilton's Mercedes team-mate Valtteri Bottas.

"It wasn't the easiest start to the weekend, with the conditions so gusty," said Hamilton.

"We ended the day in fifth, but there's clearly good pace in the car. It's super-tight between Ferrari, Red Bull and ourselves at the top of the leader board, so it's looking like it will be an exciting weekend. There's some more work to do overnight to fine-tune the balance to get the car just where we want it and I believe the pace is in there. We just need to unlock it ahead of qualifying because every tenth is going to be crucial with three teams in the mix," he added.

Bottas, who is also bidding to mount a serious title bid, said: "We have some work to do. The three teams at the front seemed very close.

"I was not quite happy with the balance of the car and I was especially struggling with the rear end."The temperatures are expected to rise, which means that we really need to get the rear end of the car more stable," he added.

Comments
Topics mentioned in this article
Lewis Hamilton Valtteri Bottas Formula 1
Get the latest Cricket news, check out the India cricket schedule, Cricket live score . Like us on Facebook or follow us on Twitter for more sports updates. You can also download the NDTV Cricket app for Android or iOS.