The Formula One 2017 season starts with the Australian Grand Prix in Melbourne on March 26. 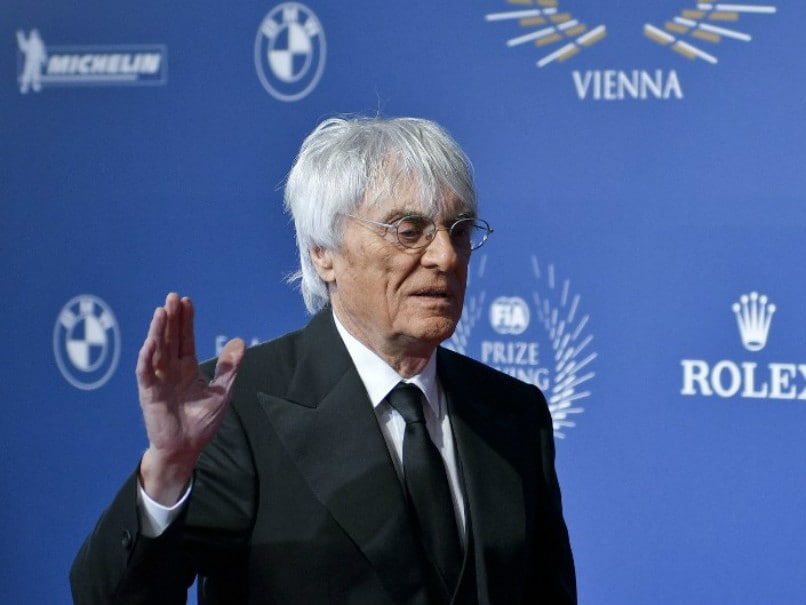 Bernie Ecclestone is no longer in charge of Formula One following the takeover by Liberty Media.© AFP

The Formula One 2017 season is right at our doorstep with the Australian Grand Prix starting the proceedings on March 26. There have been numerous changes to the sport, none more important than that of Bernie Ecclestone being side-lined following the takeover by Liberty Media. It brings to an end Ecclestone's reign as the chief executive of Formula One, after he ran the sport virtually single-handedly for 40 years. It represents the most significant shift in F1's management since Ecclestone took over in the late 1970s.

Besides the management, there have been a few rule and technical changes to the sport. Formula One is in the process of a face-lift after changes made to the set-up of the cars.

Here is the list of changes that fans will witness in the Formula One 2017 season:

There have been some changes to the cars -- aerodynamically and tyres -- and these changes are expected to quicken the lap times. The fastest lap during the Barcelona testing this season was faster than any pole time at Circuit de Catalunya since 2007.

Due to some of the aerodynamic changes to the cars, corner speeds have increased exponentially by giving the machines improved downforce. However, straight line speeds are expected to be slower because the cars have been made a little heavier.

"It's quite unreal. It's amazing. I'm coming through some of these corners...and I'm like a kid on a roller-coaster ride because it's so much better than it was before," says Mercedes' triple world champion Lewis Hamilton.

There has been a conscious effort it seems to return the looks of the car to the pre-1988 dimensions. The car is wider, longer and heavier.

There are a few aerodynamic changes to the cars this season. The front and rear wings are wider with the former stretching out to 1,800 mm from a previous 1,650 mm.

"Now the turbulence is easily twice as powerful from the car, coming out of the back," said Hamilton, which means overtaking could become a lot harder now.

Pirelli, the tyre manufacturers, are expecting the tyre to last longer and offer close to 25 percent more grip.

"I think the strategy elements that we've seen in the last seasons will be greatly reduced," says Pirelli motorsport head Paul Hembery. "I'm quite sure we'll see a lot more one-stop races."

Teams will be happy that the fuel allowance has been increased from 100 kg to 105 kg, not that it seems like it will make a big difference, especially with the extra grip eating more fuel.

No Champion on The Grid

Nico Rosberg has quit the sport, so that means for the first time in 23 years, there will be no reigning champion on the starting grid. The last time this anomaly happened was in 1994, the season after Alain Prost won his fourth Formula One title and then retired.

The departure of the Manor racing team has seen the grid shrink to 10 teams and 20 drivers. Meanwhile, Toro Rosso will not be powered by Ferrari after opting for Renault.

The number of races in the F1 2017 calendar has also decreased -- one fewer than 2016. The absence of the German Grand Prix means there will be 20 races this season.

Rosberg, Jenson Button, Felipe Nasr and Esteban Gutierrez will not be a part of F1 this season, at least for the time being. There are two new faces on the grid this season -- Belgian Stoffel Vandoorne at McLaren and 18-year-old Canadian Lance Stroll with Williams.

Meanwhile, there have been a few transfers this season. The biggest transfer news this season was who would replace Rosberg at Mercedes and Valtteri Bottas left the confines of Williams to join Lewis Hamilton at Mercedes.

Last but not the least, Bernie Ecclestone will not be in charge of things after his reign as the chief executive of 40 years came to an end. Liberty completed its purchase of Formula One in January and although previously the stated aim had been to maintain Ecclestone for two to three years to facilitate a change in the structure at the top of the sport, the 86-year-old has been replaced by Chase Carey, who had already been appointed chairman of F1 and is also the chief executive.