The 33-year-old Englishman will be hunting a record fifth consecutive British triumph at Silverstone, and his sixth overall, on Sunday to regain the lead in the title race from fellow four-time champion Sebastian Vettel of Ferrari. 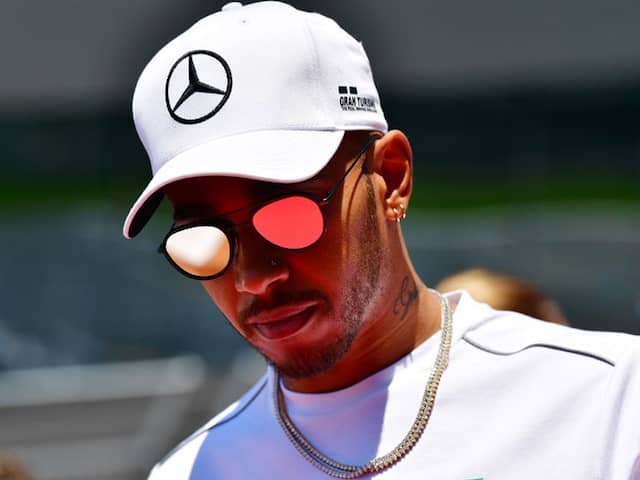 Hamilton compared his and the team's feelings to that of a boxer.© AFP

Lewis Hamilton and Mercedes would be well advised to ignore all previous form and a pile of encouraging statistics as they bid to bounce back at their home British Grand Prix on Sunday. After the debacle of their double retirement at last weekend's Austrian Grand Prix, where they were previously unbeaten in four years, and Hamilton's travails in Canada, where he was a clear pre-race favourite, the Mercedes team has lost its near-metronomic consistency. Forecasts of their continuing supremacy on tracks where they have always seemed invincible are no longer as trustworthy as they have been.

Max Verstappen's victory in Austria, his first this year, rewarded Red Bull's opportunism, but his Milton Keynes-based team and Ferrari may face a struggle to match a resurgent Hamilton, reliability permitting, in front of his own fans.

The 33-year-old Englishman will be hunting a record fifth consecutive British triumph at Silverstone, and his sixth overall, on Sunday to regain the lead in the title race from fellow four-time champion Sebastian Vettel of Ferrari.

The German, who finished third in Spielberg, has a one-point advantage, following Hamilton's first non-scoring finish in 34 races dating back to the 2016 Malaysian Grand Prix, but expects a difficult weekend on a circuit that should suit Mercedes.

Much, however, will depend on the extent of the damage inflicted on the champions' confidence after their worst result since re-entering F1 in 2010.

"We tried to show the right character in defeat," said team chief Toto Wolff. "We took full responsibility for our mistakes, which takes guts, and we will now analyse them and come back stronger from that learning. Both drivers were calm and showed true leadership.

"We have had the fastest and most reliable car in recent years and they reminded us of that fact. We come to Silverstone on the back of the worst weekend we've had in a very long time. We are determined to put up a hard fight on home turf and come back with a strong result."

Hamilton compared his and the team's feelings to that of a boxer. "When you get knocked down, to the ground, you can either stay on the floor or get back up and fight even harder," he wrote on Instagram. "I am ready to fight."

In the current British heat-wave conditions, tyre wear could be a major factor again, in the outcome of Sunday's race on a track that favours power and, as in Austria, this may upset all forecasts.

"These tyres are pretty sensitive to heat and that could be a really interesting variable that's thrown in," said Red Bull boss Christian Horner.

It may also create a few incidents and a possible deployment of the safety car, or a virtual version, in circumstances that require the kind of instant tactical decisions that, last weekend, undid Hamilton's bid for victory in the early laps.

Ferrari chief Maurizio Arrivabene said he expects a tricky race for his team.

"On paper, it looks difficult for us. Aerodynamics are very important and it will be difficult... " he said.

The Italian team have not won at Silverstone since two-time champion Fernando Alonso, now with McLaren, succeeded in 2011.

This week McLaren parted company with racing director Eric Boullier in a bid to arrest their prolonged slump, but there appears little reason to believe it will change their fortunes.

Indeed, as the England football team seek a place in the World Cup semi-finals for the first time since 1990, it is worth recalling that in that summer of Italia '90 it was McLaren who ruled the F1 world by winning both the drivers' -- thanks to Ayrton Senna -- and constructors' titles.

Lewis Hamilton Silverstone British Grand Prix Formula 1
Get the latest Cricket news, check out the India cricket schedule, Cricket live score . Like us on Facebook or follow us on Twitter for more sports updates. You can also download the NDTV Cricket app for Android or iOS.