Portugal vs Serbia: A frustrated Cristiano Ronaldo watched helplessly as his side conceded a last-minute winner against Serbia in the World Cup Qualifiers which helped the latter qualify for Qatar 2022. 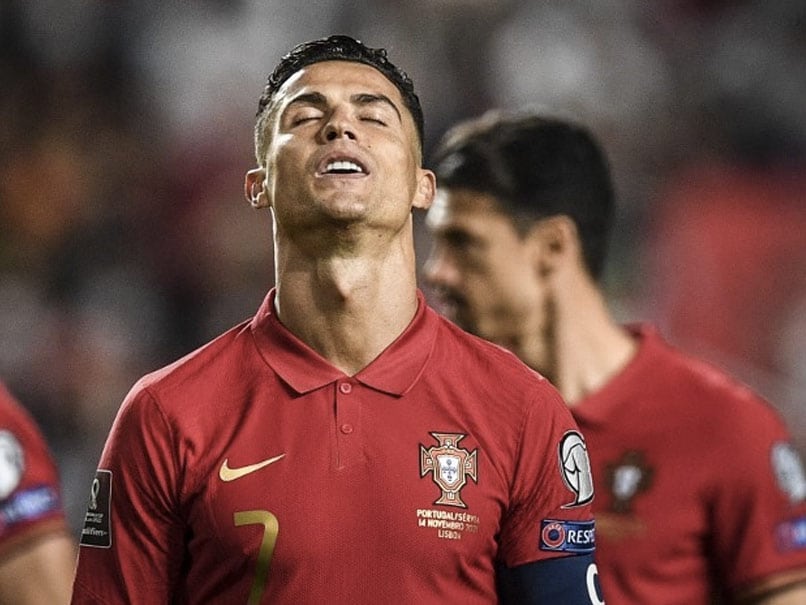 Portugal superstar skipper Cristiano Ronaldo was left sad and fuming after his side conceded a second goal late on in the match, which also proved to be the winner for Serbia at the Estadio da Luz in the World Cup Qualifiers for Qatar 2022. The anger and frustration on Ronaldo's face after the Serbia scored, summed up Portugal's night which initially started with a bang, having taken the lead in the second minute through midfielder Renato Sanches. The defeat to Serbia comes as a huge blow for Portugal as their World Cup 2022 hopes hang in balance.

After the early Portugal goal, Serbia's Dusan Tadic brought the visitors back in the game through a 33rd-minute first-half equaliser.

After Tadic's goal Serbia took control of the game with more possession.

It was in the 90th minute of the second half that Aleksandar Mitrovic buried an inch-perfect cross from the right wing into the bottom left corner of the goal.

That led to mad celebrations with the entire bench and the support staff of the Serbian team running towards Mitrovic.

Throughout the match Serbia looked solid and simply gave nothing away, enjoying 58 per cent of the ball against a dangerous opponent.

Portuguese defence came under tremendous pressure from Serbian team as they easily passed it around in and around the final-third to end with 441 passes as compared to 334 by Portugal.

With 20 points from eight matches Serbia booked a place in the 2022 World Cup. Portugal, who finished second with 17 points, must now navigate two tricky one-off playoff matches in March to maintain their record of qualifying for every major tournament since the 1998 World Cup.