UEFA Nations League paid tribute to Cristiano Ronaldo for reaching a century of goals with Portugal. 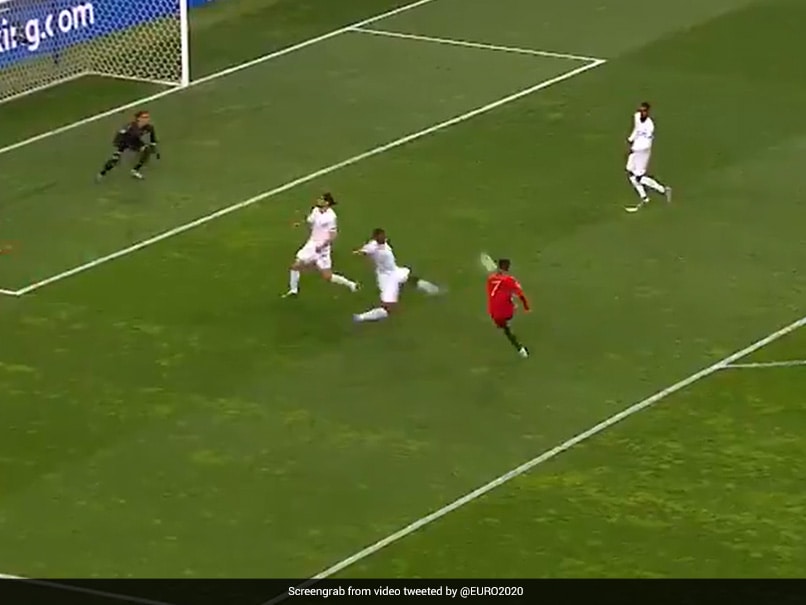 Cristiano Ronaldo is considered by many to be Portugal's greatest ever player.© Twitter

Here is the compilation video posted on Twitter by the tournament's official handle:

Ronaldo's performance in Stockholm Stadium made many fans nostalgic, as the former Manchester United star had scored a hat-trick in the same venue during 2014 FIFA World Cup qualifying.

In the recent win against the Swedes, Ronaldo's first goal (45th-minute) was a curling freekick to reach a century of international goals. His second goal (72nd-minute) was a curler from outside the opposition penalty box.

Taking to Instagram, after the match Ronaldo said, "Huge pride in this historical goal for our national team! When they tell me I can reach 100, I say it's not enough... 101 goals for Portugal."

It was a rather one-sided fixture, with Portugal keeping bulk of the possession. They also attempted 21 shots, while Sweden could only muster eight attempts.

After this win, Portugal are currently on top of their group with six points. Meanwhile, France are second, followed by Sweden and Croatia.

Sweden Football
Get the latest updates on SA vs IND 2021-22, check out the Schedule and Live Score . Like us on Facebook or follow us on Twitter for more sports updates. You can also download the NDTV Cricket app for Android or iOS.