Watch: The Trent Alexander-Arnold Cross Which Has Taken The Internet By Storm

Champions League: Trent Alexander-Arnold was in influential form during Liverpool's 3-1 win vs Benfica and displayed his usual tricks and long-range passes which took the internet by storm. 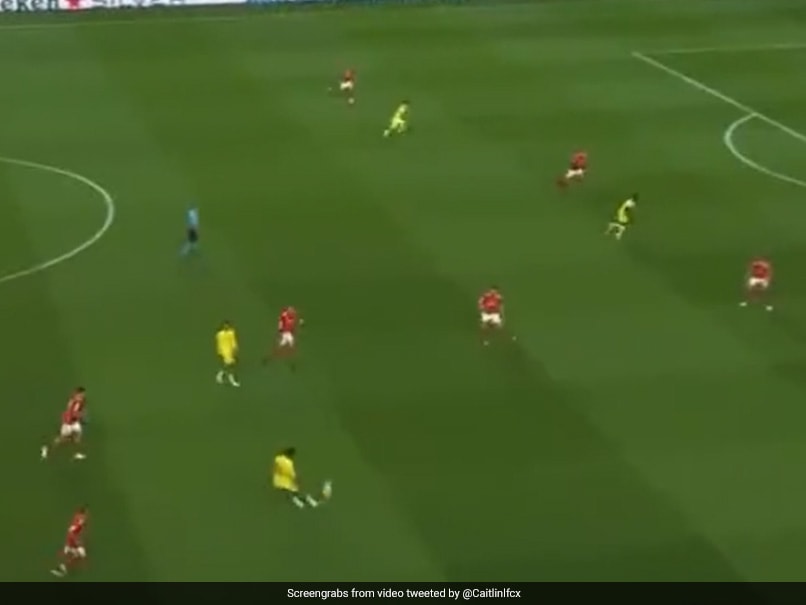 Trent Alexander-Arnold is considered by many football fans to be one of the best right-backs in the world and the Liverpool defender lived up to his hype with a brilliant performance against Benfica. The England player was up to his usual tricks in his side's UEFA Champions League quarter-final first leg encounter at the Estadio da Luz. He helped create Liverpool's second goal in a 3-1 victory and almost created another. In the 34th-minute, Benfica midfielder Adel Taarabt lost the ball and midfield and then the 23-year-old Arnold floated a long cross-field pass to Luis Diaz from his usual right-back spot. Diaz headed it across goal to Sadio Mane, who simply tapped it home to make 2-0.

Once again, the youngster came agonisingly close to creating another jaw-dropping goal on the cusp of half-time. Taking the ball by the touchline deep in his own half, he spotted Mohamed Salah on the run in the right flank and skied an incredible lofted pass right into the attacker's path. But, the Egyptian saw his effort saved by Odysseas Vlachodimos in the Benfica goal.

Here is the video of Alexander-Arnold's pass to Salah:

Other than Mane's goal, Ibrahima Konate (17') and Diaz (87') scored a goal each for Liverpool. Meanwhile, Darwin Nunez scored for Benfica in the 49th-minute.

Benfica Trent Alexander-Arnold Sadio Mane Mohamed Salah Football
Get the latest updates on ICC T20 Worldcup 2022 and CWG 2022 check out the Schedule, Live Score and Medals Tally. Like us on Facebook or follow us on Twitter for more sports updates. You can also download the NDTV Cricket app for Android or iOS.