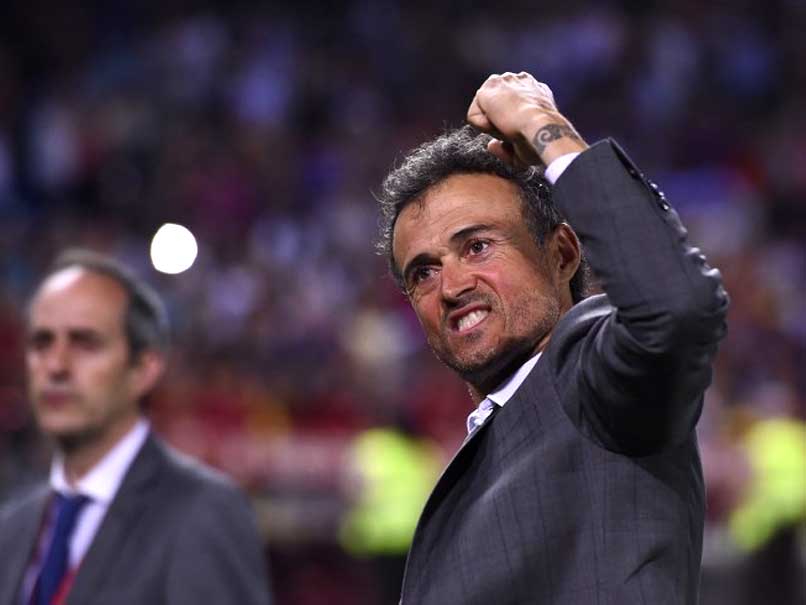 Spain head coach Luis Enrique Martinez on Wednesday said that he is not looking to radically change the national team's playing style, while at the same time evolving in order to fight for a higher spot in the FIFA ranking. Enrique took the reins in July after La Roja was knocked out of the round of 16 at the 2018 FIFA World Cup, and led Spain to win its first two matches in the UEFA Nations League against England 2-1 and Croatia 6-0, reports Efe. "There is no need to change the style. With this style, we were the World Cup champions in South Africa (2010) and in two Euros (2008 and 2012)," Enrique said in an interviewwith UEFA.

"It's been an attack style, based on team-work, it's offensive, but we are trying to evolve and improve it because when it manages to win titles worldwide, they all copy and study it, and with that, people find many solutions and this poses many problems," he added. Enrique admitted that the team has been "in a process of evolving our model" since he arrived as head coach, but said he was convinced he could make the necessary changes.

"I pay a lot more attention to all the things we have to work on at the offensive level, but not about being more direct. Being direct or not depends on where space is, where the opponent is pressing," he explained.

Enrique also had positive commentson the newly-created UEFA Nations League, saying it provides the team with more competitive games instead of a lot of friendlies that have lower stakes.

The coach said he was happy with his team's back-to-back Nations League wins as they try to advance up the FIFA ranking, adding "To do that, we need to win, and we need to win trophies."

Spain Football Luis Enrique
Get the latest updates on T20 World Cup, check out the T20 World Cup Schedule and Live Score . Like us on Facebook or follow us on Twitter for more sports updates. You can also download the NDTV Cricket app for Android or iOS.