Josip Ilicic hit a hat-trick, including an incredible strike from the halfway line, as Atalanta crushed Torino 7-0 in Serie A. 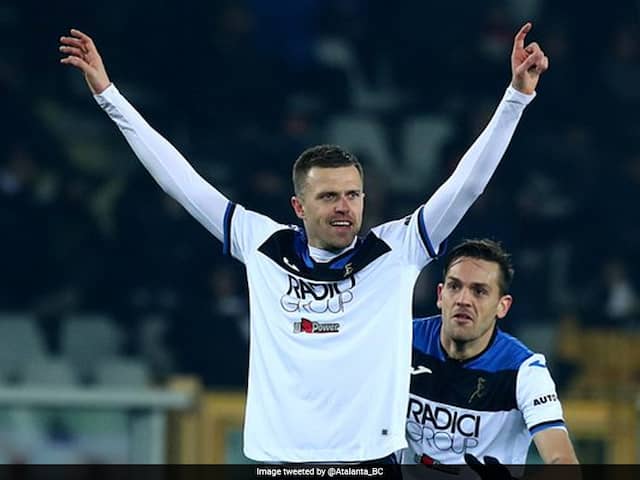 Serie A: Josip Ilicic was the star of the show in Atalanta's 7-0 win over Torino.© Twitter

Atalanta put on an exhibition as they smashed seven goals against Torino in a Serie A match on Saturday, inflicting the worst home defeat ever (7-0) on their northern rivals who finished the match with nine men. Atalanta's Slovenian import, Josip Ilicic was the star of the show, netting a hat-trick, including an incredible strike from the halfway line that gave the Torino goalkeeper no chance. 53 minutes into the game, Josip Ilicic spotted Torino keeper Salvatore Sirigu off his line. The Slovenian quickly took his free-kick from just inside the halfway line and expertly put it over the head of Sirigu to score the blinder.

This was Josip Ilicic's 3rd Goal as Atlanta trashed Torino 0-7. Great thinking and technique by the Slovenian. Atlanta are onpic.twitter.com/Lm3MyLKoH3

The Slovenian forward opened the scoring on 17 minutes, adding two more in quick-fire succession eight minutes after the break.

The hosts played the final quarter of an hour a man down after Armando Izzo was sent off, with Sasa Lukic joining him with just a minute to go.

Atalanta now join Roma in fourth place in the Serie A table on 38 points but have played a game more.

"Ilicic is decisive, not only in the penalty area, he is a continuous creator," said Atalanta manager Gian Piero Gasperini. "Most of our attacking game is built around him."

"All we can do is apologise," he said. "In so many years of my career I had never had such a game."

But the Torino coach ruled out quitting.

"Resignation? No, in difficulties I never leave."

Torino Josip Ilicic Football
Get the latest updates on IPL 2020, check out the IPL Schedule for 2020 and Indian Premier League (IPL) Cricket live score . Like us on Facebook or follow us on Twitter for more sports updates. You can also download the NDTV Cricket app for Android or iOS.