Serie A: Jens Petter Hauge scored the crucial goal for AC Milan, as they drew to Sampdoria on Saturday. 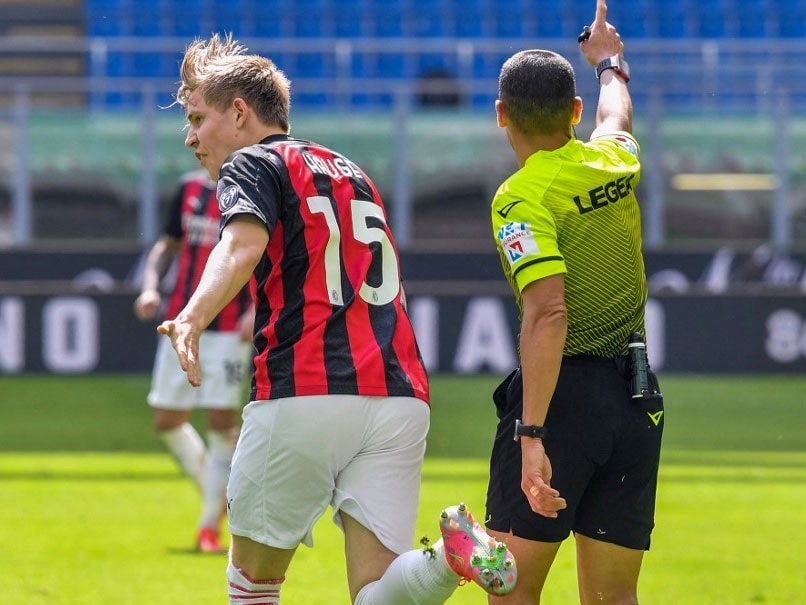 Norwegian midfielder Jens Petter Hauge snatched a late equaliser to salvage a point for AC Milan whose poor home run continued with a 1-1 draw against 10-man Sampdoria on Saturday. Milan are five points behind leaders Inter who travel to Bologna later on Saturday, with their city rivals also having a game in hand. They are five points ahead of champions Juventus and Atalanta, who play Torino and Udinese respectively later on Saturday. "Milan have complicated lives for themselves," said coach Stefano Pioli whose side have not won at home in almost two months.

"When mentally you can't get into the game right away then the difficulties of the match increase. Today we paid dearly because we didn't win."

Sampdoria had dominated the first half an hour with Milan staying in the game thanks to saves from goalkeeper Gianluigi Donnarumma, who denied Manolo Gabbiadini early and a Morten Thorsby header.

And the hosts were on the back foot after a foolish Theo Hernandez pass across midfield after 57 minutes allowed veteran Fabio Quagliarella to pounce and lob from a distance over Donnarumma who was out of his goal.

It was the 38-year-old Quagliarella's 10th goal this campaign, reaching double figures for the fifth consecutive league season, with his 174 Serie A goals making him the top scorer active in the Italian top flight.

Claudio Ranieri's side went a man down just after their goal with Adrien Silva sent off after picking up a second yellow card for a foul on Samu Castillejo.

Ante Rebic came off the bench for the hosts and threatened with Hakan Calhanoglu denied by Sampdoria goalkeeper Emil Audero before Hauge broke through beating the rival defence and curling the ball into the corner.

The hosts missed a chance for a late winner with Zlatan Ibrahimovic sending through for Franck Kessie who rattled the woodwork.

Milan's push for a first league title since 2011 has been hit by their poor home form with just two wins out of eight home games in the league in 2021.