Lautaro Martinez nodded Inter Milan nine points clear at the top of Serie A with his winner five minutes from time in a tight 2-1 win over Torino on Sunday. 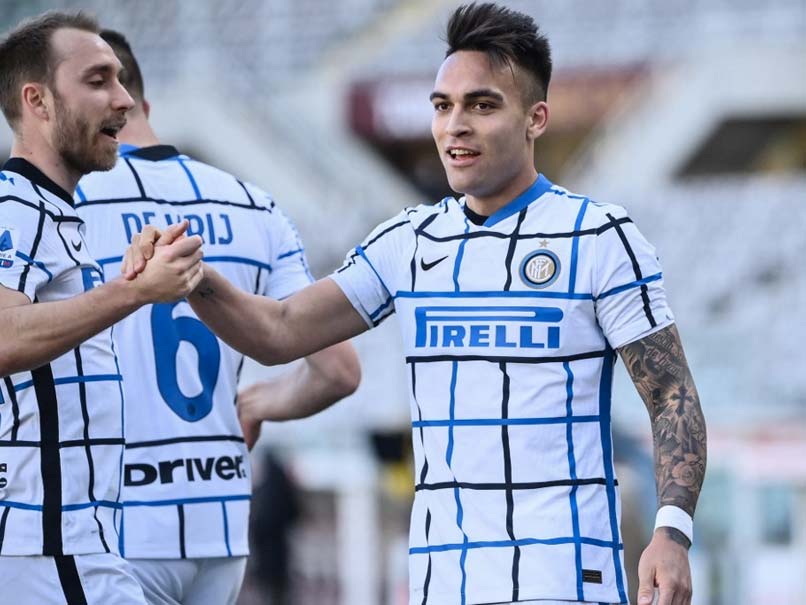 Lautaro Martinez nodded Inter Milannine points clear at the top of Serie A with his winner five minutes from time in a tight 2-1 win over Torino on Sunday. But Roma's Champions League push was dealt a blow after a 2-0 defeat to relegation-threatened Parma, who ended their 17-match winless streak. Antonio Conte's Inter once again needed their strike duo of Romelu Lukaku and Martinez to find a way through in a tough encounter in Turin. Christian Eriksen came off the bench after 56 minutes and had an immediate impact, playing a part in the move which resulted in Torino defender Armando Izzo fouling Martinez in the penalty area.

Lukaku then fired home his 19th goal of the season from the spot in the 62nd minute.

Inter looked to be wobbling when Antonio Sanabria pulled Torino level eight minutes later, finishing off a rebound amid a scramble in front of the Inter goal.

But Martinez snatched the victory by getting his head to an Alexis Sanchez cross for his 14th league goal this term.

Despite missing players to Covid-19, and captain Andrea Belotti out, Torino threatened in the first half with a Lyanco header hitting the post with Lukaku clearing off the Inter line.

However Inter stretched their winning run to eight matches to move further ahead of AC Milan, who host Napoli later on Sunday, and 13 ahead of champions Juventus who travel to Cagliari.

Injury-hit Roma drop to fifth, two points behind Atalanta and the Champions League berths after falling 2-0 at 19th-placed Parma who earned their first win since November 30.

Hernani added a second from the spot after 54 minutes to collect a valuable win which moves Parma a point behind Torino, who have played two games less because of their coronavirus outbreak, and three from safety.

Torino Football
Get the latest updates on ICC Women's Cricket World Cup 2022 and IPL 2022, check out the Schedule , Live Score and IPL Points Table. Like us on Facebook or follow us on Twitter for more sports updates. You can also download the NDTV Cricket app for Android or iOS.