Romelu Lukaku was voted as 2019-20 UEFA Europa League Player of the Season by coaches of the 48 clubs, who participated in last season's group stage, together with 55 journalists 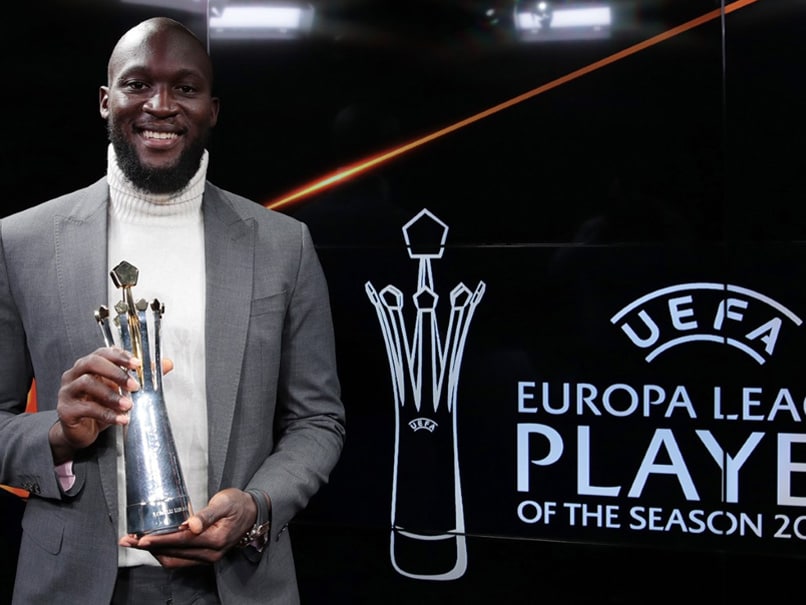 Inter Milan's Romelu Lukaku on Friday won the 2019/20 UEFA Europa League Player of the Season award. The 27-year-old finished ahead of Bruno Fernandes and Ever Banega to win the fourth edition of the award, which was announced during the UEFA Europa League group stage draw in Nyon. His Belgian international team-mate Eden Hazard collected the gong last season. Lukaku registered in all six of Inter's games after entering the competition in the knockout stage - striking seven goals in total - and also laid on two assists. He opened the scoring from the penalty spot in August's final though he was unfortunate to later deflect in a shot that gave Sevilla the title.

Lukaku nevertheless ended 2019/20 with 34 goals in all competitions for the Nerazzurri.

The jury was composed of the coaches of the 48 clubs in last season's group stage, together with 55 journalists selected by the European Sports Media (ESM) group, one from each UEFA member association.

Jury members picked their top three players, with the first receiving five points, the second three and the third one. Coaches were not allowed to vote for players from their own team.

Inter Milan Football
Get the latest updates on ICC T20 Worldcup 2022 and CWG 2022 check out the Schedule, Live Score and Medals Tally. Like us on Facebook or follow us on Twitter for more sports updates. You can also download the NDTV Cricket app for Android or iOS.