Inter Milan had been trailing Fiorentina with three minutes to go but broke through after Franck Ribery was substituted. Romelu Lukaku equalised on 87 minutes with defender Danilo D'Ambrosio nodding in two minutes later. 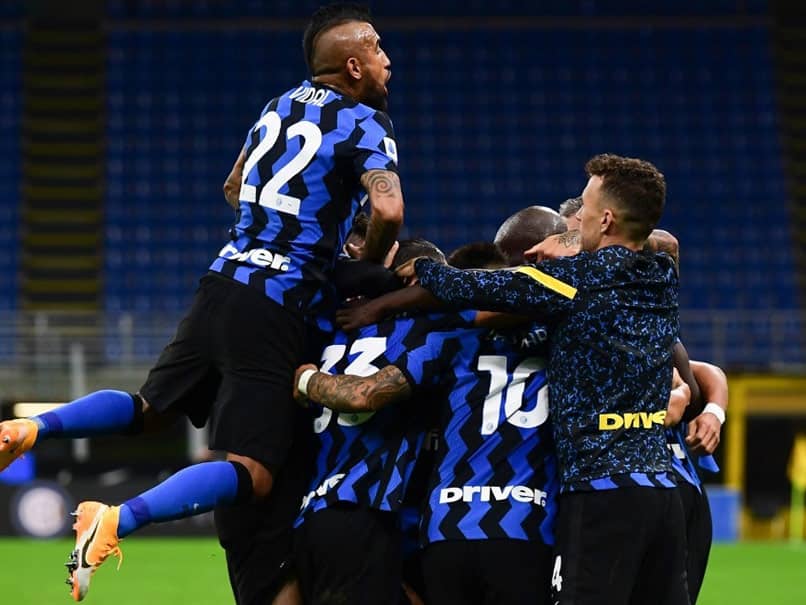 Danilo D'Ambrosio and Romelu Lukaku scored two late goals as Inter Milan grabbed a thrilling season-opening 4-3 win over a Franck Ribery-inspired Fiorentina on Saturday. Title rivals Atalanta and Lazio also got their campaigns off to winning starts as they bid to deny Juventus a 10th consecutive Serie A title this season. Antonio Conte's Inter had been trailing Fiorentina with three minutes to go in the San Siro but broke through after Ribery was substituted. Lukaku equalised on 87 minutes with defender D'Ambrosio nodding in two minutes later.

"The three points are important, but obviously you have to make the right assessment," said Conte.

"The positive aspect is to have scored four goals, obtained a lot of chances, the rival goalkeeper was very good, but we had problems.

"We need to improve, we need more balance."

Inter finished second in Serie A last season just one point behind Juventus.

"Last year we gained credibility in Italy by finishing second in the league, and for many other positive things," added Conte.

"We must bring joy back to our team, the fans, even with matches like these in which the team didn't give up, showing great desire, and I'm proud of this."

But it was a far from confident display from Inter who were a goal down after three minutes to Ivorian Christian Kouame.

Lautaro Martinez levelled just before the break and Inter went ahead when Fiorentina defender Federico Ceccherini turned into his own net seven minutes after the break.

But Ribery was omnipresent for Fiorentina setting up their next two goals for Gaetano Castrovilli on 57 minutes and a Federico Chiesa lob in six minutes later.

The 37-year-old French midfielder was substituted with the game seemingly in hand after 83 minutes, but the Tuscany side were to be denied a first win over Inter in over three years.

Inter could also thank their substitutes with Achraf Hakimi, Arturo Vidal, and Radja Nainggolan getting their first starts, with the bench one of the team's weak points last season compared to Juventus.

Ciro Immobile picked up where he left off as Lazio won 2-0 at Cagliari while Atalanta earned a 4-2 comeback against Torino.

Lazio and Atalanta go head-to-head in Rome next Wednesday."

Lazio had Adam Marusic to thank for their two goals. After setting up Manuel Lazzari for the opener after four minutes, the Montenegrin again broke down the left flank to serve up the pass for Immobile after 74 minutes.

In Turin, Gian Piero Gasperini's Atalanta proved they had lost none of their attacking style from last season with the most goals scored in the Italian top flight including 7-0 against Torino last January in Turin.

"We are stronger than last year," warned Gasperini.

"You learn a lot from playing in Europe, and despite the difficulties we have suffered, we haven't given up.

"This year some valuable players have arrived and if we are lucky enough to recover (Josip) Ilicic we will be even stronger.

"It will be a season during which I will be able to rotate more players, last year I had a smaller squad available."

Andrea Belotti had put the hosts on the scoresheet first, connecting with a Tomas Rincon pass to rifle in after 11 minutes, the first of a double for the Torino captain.

But Atalanta hit back two minutes later with Argentinian Papu Gomez rifling in from long range for his 100th career goal on his 200th Serie A appearance for Atalanta, leaving Salvatore Sirigu with no chance in the Torino goal.

Gomez then set up Luis Muriel for the second after 21 minutes, with Hans Hateboer grabbing a third after 42 minutes.

Belotti's header rekindled hopes going into the break but Atalanta dominated on returning, Muriel setting up Marten De Roon on 55 minutes to hand new Torino coach Marco Giampaolo his second defeat in as many games.

Promoted Benevento came from two goals down to beat Sampdoria 3-2.

Visitors Benevento were trailing after 18 minutes in Genoa following goals from Fabio Quagliarella and Omar Colley.

But Luca Caldirola hit back with a brace after 33 and 72 minutes with Marco Sau sealing the victory two minutes from time.

Juventus face their first major test this season Sunday when the Serie A champions tackle Roma in the Stadio Olimpico.

Franck Ribéry Football
Get the latest updates on IPL 2020, check out the IPL Schedule for 2020 and Indian Premier League (IPL) Cricket live score . Like us on Facebook or follow us on Twitter for more sports updates. You can also download the NDTV Cricket app for Android or iOS.