"With Or Without Me": Antonio Conte Throws Inter Milan Future Into Doubt After Europa League Defeat

Inter Milan finished second in Serie A, just one point behind champions Juventus, and reached their first European final in a decade. 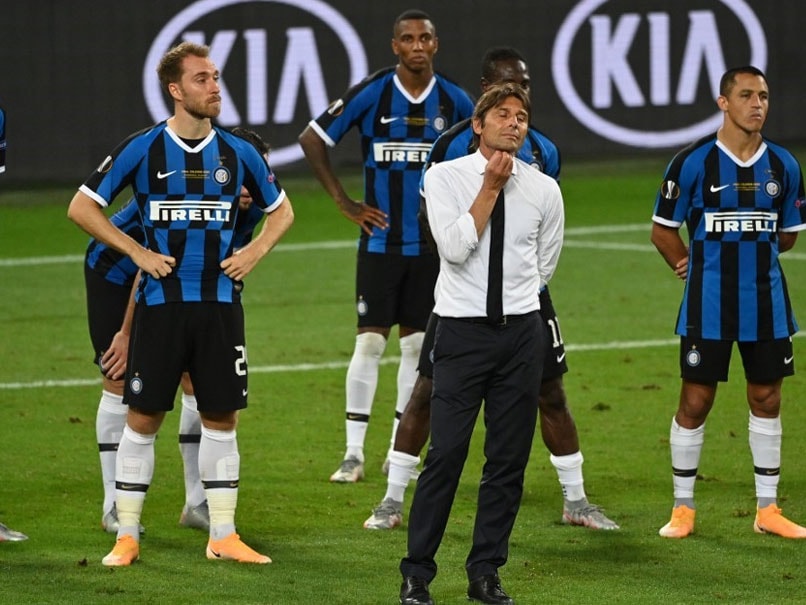 Antonio Conte cast fresh doubt over his position as Inter Milan coach saying the club must examine their future "with or without me" after Friday's 3-2 Europa League final defeat to Sevilla. "Now we'll return to Milan, we'll take a couple of days off. We will meet, examine the season and everything in a very calm way. We will try to plan the future of Inter with our without me," Conte, 51, told Sky Sport. "It has been a very tough season from all points of view, the best decision must be taken for the good of Inter, with the utmost cordiality.

"There is no resentment, there are different points of view.

"For me it was a beautiful year, I thank those who gave me the opportunity to have a wonderful experience."

Former Chelsea and Juventus boss Conte took over as Inter Milan coach in May 2019.

The club finished second in Serie A, just one point behind champions Juventus, and reached their first European final in a decade.

"I think I have given a lot and received a lot, from this point of view I am very happy," added Conte.

"However, I did not like some situations I experienced this year," continued the former Italy coach.

"I also have a family and I have to understand if my priority remains football, because there is a limit to everything. I don't want my private life to be affected too."

Conte regretted the defeat against the Spanish side who are "accustomed to winning" having won the Europa League trophy six times.

"The certainty is that my lads worked hard, they grew up and got to play the important competition final. For many it was the first experience."

Inter Milan president Steven Zhang insisted that the season under Conte had made the club's Chinese owners "optimistic for the future".

"The most important thing is to continue to grow, because the future is bright. Conte and his technical staff are doing a great job. As I said, we'll rest for a few days and plan for the future."

Juventus Antonio Conte Football
Get the latest updates on ICC Women's Cricket World Cup 2022 and IPL 2022, check out the Schedule , Live Score and IPL Points Table. Like us on Facebook or follow us on Twitter for more sports updates. You can also download the NDTV Cricket app for Android or iOS.