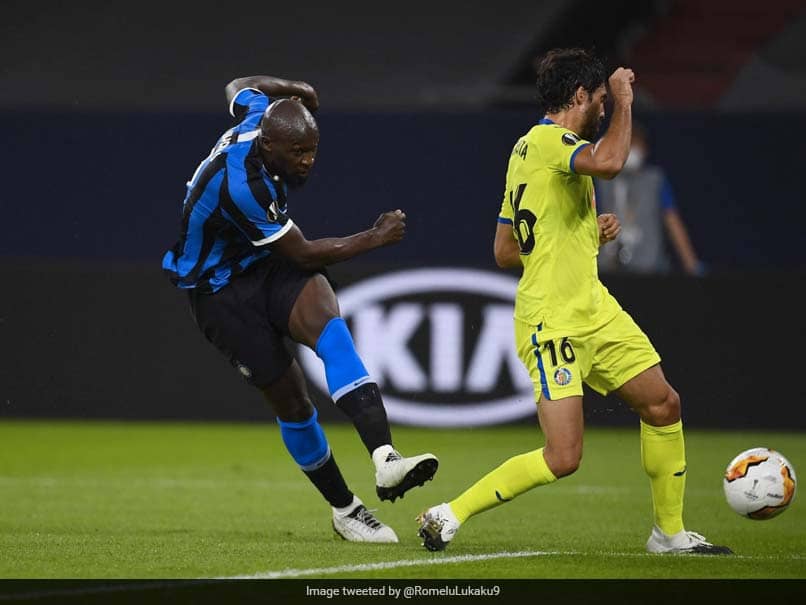 Romelu Lukaku found the back of the net 34 times for Inter Milan during 2019-20 season.© Twitter

With upcoming video game FIFA 21 releasing its player ratings, many football players and fans have been taken aback by its usual error-prone numbers. For example, Jadon Sancho, who is one of the fastest players in the world, has an 83 pace rating, which is less than the likes of Eden Hazard (88 pace), Kai Havertz (84 pace) and Ciro Immobile (84 pace). Similarly, Inter Milan striker Romelu Lukaku also got taken aback by his personal ratings. In FIFA 20, the Belgian received a downgrade from 87 to 85. Last season, he put in a talismanic performance for his club in the Serie A and Europa League, but his rating remains the same in the game's new edition - 85. Taking to Twitter, he said, "Let's be honest fifa just mess with the ratings so we players start complaining about the game and give them more publicity... i ain't with this sh*t. I know what i do".

Let's be honest fifa just mess with the ratings so we players start complaining about the game and give them more publicity... i ain't with this sh*t. I know what i do

Other than his 85 overall rating, his attributes include 81 pace, 83 shooting, 76 passing, 75 dribbling, 38 defending and 84 for physicality.

Since joining Antonio Conte's Inter, Lukaku has improved to a huge extent since his erratic displays for Manchester United in the Premier League. During the 2019-20 season, he played in 51 matches, scoring 34 goals and notching 2 assists.

Belgium
Get the latest updates on India vs Australia Series, check out the India vs Australia Schedule for 2020-21 and Ind vs Aus live score . Like us on Facebook or follow us on Twitter for more sports updates. You can also download the NDTV Cricket app for Android or iOS.