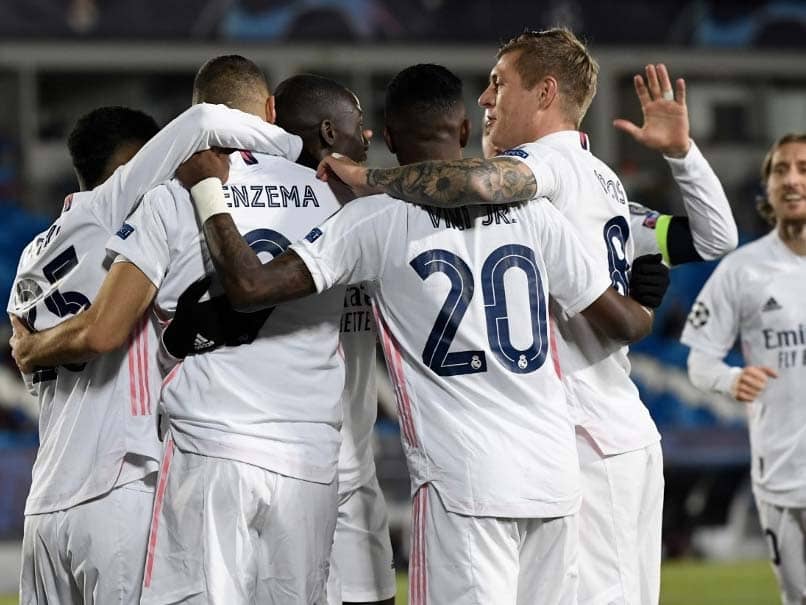 Real Madrid, having avoided a disastrous Champions League exit, face city rivals Atletico on Saturday looking suddenly well-equipped to ruin their unbeaten run. Karim Benzema scored twice against Borussia Moenchengladbach on Wednesday to end any fears that Real would fail to progress to the group stage after they had started the match with their hopes in the balance. With Sergio Ramos back to lead the defence and Benzema clinical in front of goal, Real eventually went through as group winners with a comfortable 2-0 victory meaning they will avoid many of the big guns in the last 16 draw.

Coach Zinedine Zidane, whose job has been the subject of speculation after a turbulent start to the season, seems safe for now.

Atletico, who lead La Liga by a single point from the season's surprise package, Real Sociedad, also booked their ticket to the Champions League knockout stage with a composed 2-0 win against RB Salzburg in Austria.

Diego Simeone's side go into the last-16 draw as Group A runners-up behind reigning champions Bayern Munich.

While the city derby -- albeit without the fervent crowd such a game normally attracts to the Bernabeu -- will dominate headlines on Saturday, Barcelona's match against Levante on Sunday will also come under intense scrutiny.

Barca are in such disarray that they need a victory merely to steady the ship after a morale-sapping 3-0 defeat to Juventus in the Champions League.

The Catalans still qualified for the last 16, but as group runners-up Lionel Messi and his teammates risk drawing one of Europe's big names.

After the tumultuous summer which almost saw Messi depart, Barca and new coach Ronald Koeman never seem to have recovered. They sit an unaccustomed ninth in the table with just 14 points from 10 games.

Goalkeeper Marc-Andre ter Stegen said a win against modest Levante, who have just three points fewer than the Catalans, was essential.

"In La Liga we are not where we want to be but we can claw back some points and that is the aim in the next few weeks.

"We're playing at home and we can't afford to drop a single point now."

The Belgian international returned from injury to score Atletico's second goal against Salzburg with a deft volley from Angel Correa's cross four minutes from time.

Simeone said after the Salzburg victory that he was becoming a key weapon for Atletico: "In the second half he was fantastic, his rhythm, his work-rate, he needs to carry on like that...when he's playing at that level he is an important player and gives the team something different."

10 - Number of La Liga titles Atletico have won, compared to 34 for Real Madrid and 26 for Barcelona