Champions League: Yannick Carrasco scored one goal and created another as Atletico Madrid advanced to the Champions League last 16 with a 2-0 victory away to RB Salzburg. 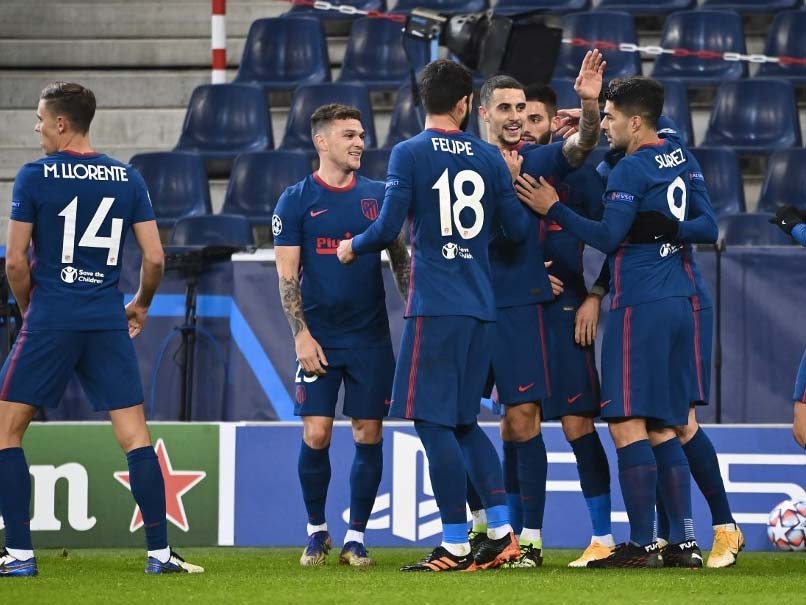 Yannick Carrasco scored one goal and created another as Atletico Madrid advanced to the Champions League last 16 on Wednesday with a 2-0 victory away to Salzburg. Atletico won for just the second time in six Group A matches to clinch second place behind defending champions Bayern Munichand end Salzburg's hopes of reaching the knockout phase for the first time.

Mario Hermoso's goal just before half-time put Diego Simeone's side ahead in Austria before Carrasco added a late second for the Spanish league leaders.

Atletico nearly fell behind inside two minutes against the Austrian champions as Mergim Berisha came a whisker away from giving Salzburg the lead, the Germany Under-21 international's low curler striking the post.

While their defence has been watertight in La Liga, conceding just twice in 10 games, Atletico have proved far more vulnerable on the continent, and Salzburg repeatedly threatened in the opening stages.

Sekou Koita fluffed an attempt running away from goal after he was played in by Patson Daka, who then failed to make more of a promising opportunity on the counter-attack.

That came shortly after Atletico goalkeeper Jan Oblak plunged low to his left to turn behind Dominik Szoboszlai's guided effort heading for the bottom corner.

Having weathered early pressure Atletico landed the crucial breakthrough six minutes before the interval when Carrasco's free-kick was glanced home by Hermoso, the ball coming off both head and shoulder.

Rasmus Kristensen flashed a snapshot wide as Salzburg resumed the second half on the attack, and they should have been level when Szoboszlai linked up with Berisha only to gasp in horror as he dragged agonisingly wide with just Oblak to beat.

Enock Mwepu, one of two Zambians in the Salzburg side, clipped the outside of the post with a thumping 20-yard drive, but Carrasco's cushioned volley from an Angel Correa cross four minutes from time sealed victory for Atletico.

Red Bull Salzburg Football
Get the latest updates on ICC T20 Worldcup 2022, check out the Schedule and Live Score. Like us on Facebook or follow us on Twitter for more sports updates. You can also download the NDTV Cricket app for Android or iOS.