Real Madrid have drawn with in-form Villarreal, were edged out at lowly Alaves and were hammered at Valencia since their last league victory leaving the champions in fourth place, seven points off leaders Real Sociedad. 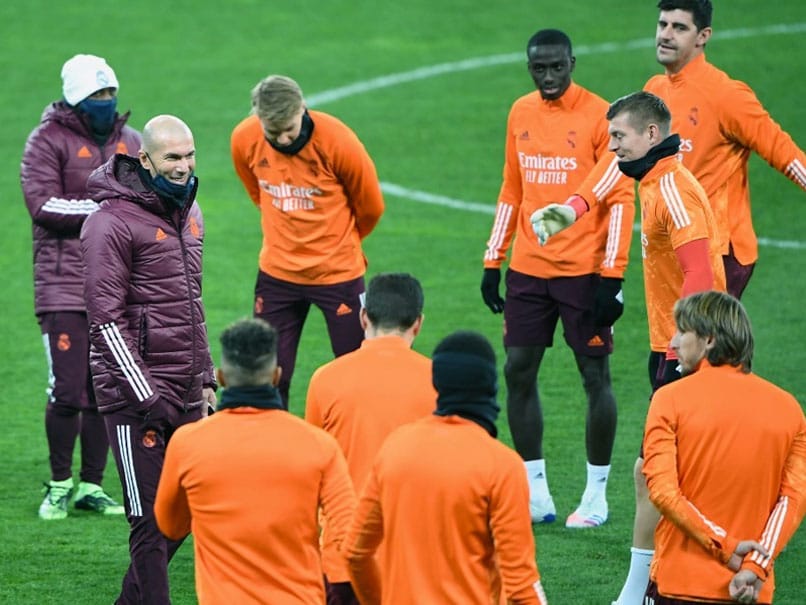 Real Madrid coach Zinedine Zidane takes his side to Sevilla in La Liga this weekend.© AFP

Real Madrid coach Zinedine Zidane takes his side to Sevilla in La Liga this weekend days insisting he is not planning on resigning despite a disastrous recent run. Madrid have won just once in La Liga since October and also lost at Shakhtar Donetsk in the Champions League on Tuesday and must beat Borussia Moenchengladbach next week to advance. Real have drawn with in-form Villarreal, were edged out at lowly Alaves and were hammered at Valencia since their last league victory leaving the champions in fourth place, seven points off leaders Real Sociedad.

"I have the strength needed to turn the situation around and I am going to give everything to do that, so are the players," Zidane said after the loss in Ukraine.

"In difficult moments, you have to show character," he added.

According to newspaper AS captain Sergio Ramos called a squad meeting this week, with Zidane absent, telling team-mates to give "an extra push until the end of the year."

"This is Real Madrid, gentlemen. Together, we've come out of worse," Ramos reportedly said ahead of the trip to Ramon Sanchez Pizjuan where they have lost on six of their last eight visits.

Saturday's hosts went unbeaten in the Spanish top-flight throughout November after a sluggish start to the season under former Madrid boss Julen Lopetegui.

Spain playmaker Suso is set to return for the Europa League champions after being sidelined for six weeks with a muscle injury.

The Portugal attacker is on the verge of equalling his last season's goal tally for Atletico Madrid, when he hit nine.

His 126 million euros fee, second for a teenager behind the amount Paris Saint-Germain paid for Kylian Mbappe, put pressure on Felix and he failed to settle in his first campaign in the Spanish capital missing 13 games through injury.

On Saturday, Atletico host 17th-place Real Valladolid and a win could send them top temporarily with Sociedad heading to Alaves a day later.

Real Madrid Zinedine Zidane Football
Get the latest updates on Fifa Worldcup 2022 and check out  Fifa World Cup Schedule, Stats and Live Cricket Score. Like us on Facebook or follow us on Twitter for more sports updates. You can also download the NDTV Cricket app for Android or iOS.