Stephanie Frappart became the first woman to referee a men's Champions League game on Wednesday as Cristiano Ronaldo scored his 750th career goal in a 3-0 win for Juventus over Dynamo Kiev. 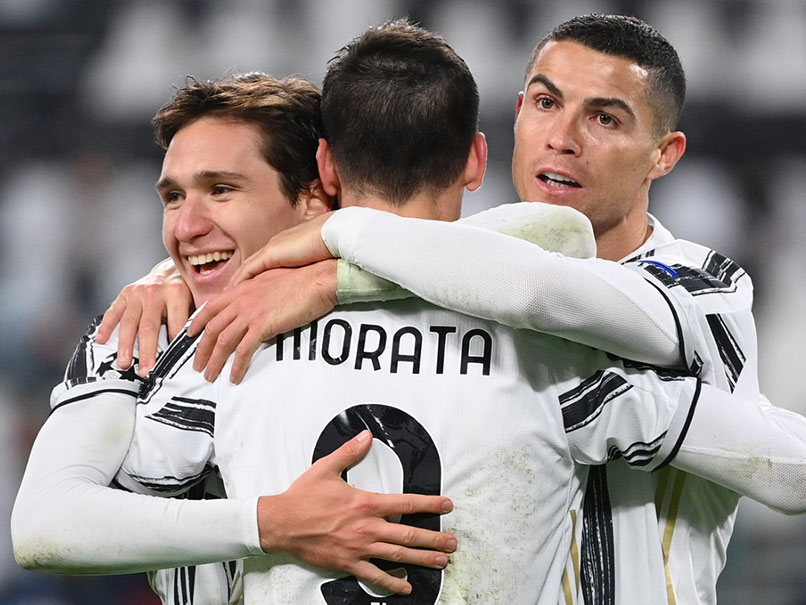 Stephanie Frappartbecame the first woman to referee a men's Champions League game on Wednesday as Cristiano Ronaldo scored his 750th career goal in a 3-0 win for Juventus over Dynamo Kiev. The 36-year-old Frappart has already made history as the first woman to referee in Ligue 1, and took charge of the 2019 UEFA Super Cup final between Liverpool and Chelsea. She also made her Europa League debut in October. "Another barrier has been broken down, we know that she is very good, which is the most important and fundamental thing," Juventus chief football officer Fabio Paratici said before the game of Frappart.

The Italian champions were already through to the last 16, along with Group G leaders Barcelona, but can still pip the Spaniards to top spot, sitting three points behind them ahead of their trip to the Camp Nou next Tuesday.

"We're ready for Barcelona," said Juventus coach Andrea Pirlo, whose side lost 2-0 to Barca in Turin, a game Ronaldo missed with coronavirus.

"These are games that change the season in terms of self-esteem and we will go there to win.

"But first there's the (Turin) derby and we need to focus on the league. Even if we are qualified, it's important not only for the classification, but for our progress.

"But I'm satisfied with the game and the approach of the guys. I'm young and I know I have to improve like my players, but I go on with my work."

Juventus had few problems on the pitch against the Ukrainians who they had also beaten 2-0 in Kiev on October 20.

Federico Chiesa inspired the victory, scoring the opening goal on 21 minutes before helping Ronaldo and Alvaro Morata add two more in the second half.

But five minutes later, ex-Fiorentina midfielder Chiesa got his head to an Alex Sandro cross to beat Bushchan for his first goal since joining Juventus two months ago.

Ronaldo hit the woodwork after half an hour, with Buschan also denying the Portuguese star early in the second half.

The visitors had few chances but Wojciech Szczesny did well to prevent Viktor Tsygankov from scoring an equaliser before the break.

Just before the hour mark, Italy's Chiesa powered down the right wing before sending in a low cross for Morata which Bushchan pushed into the path of Ronaldo to tap in from close range.

The 35-year-old extended his Champions League record to 132 goals in the competition, and brought his tally for club and country to 750 goals.

Chiesa was again involved in the third goal with 25 minutes remaining, picking out the run of Morata, who took three touches before firing in his sixth Champions League goal of the season, having also scored a brace in Ukraine.

Cristiano Ronaldo Álvaro Morata Football
Get the latest updates on IPL 2021, check out the IPL 2021 Schedule and Indian Premier League Live Score . Like us on Facebook or follow us on Twitter for more sports updates. You can also download the NDTV Cricket app for Android or iOS.