Lionel Messi Back For Argentina After Eight Month Absence

Lionel Messi hasn't pulled on the national team jersey since Argentina were dumped out of the World Cup last June by eventual winners France. 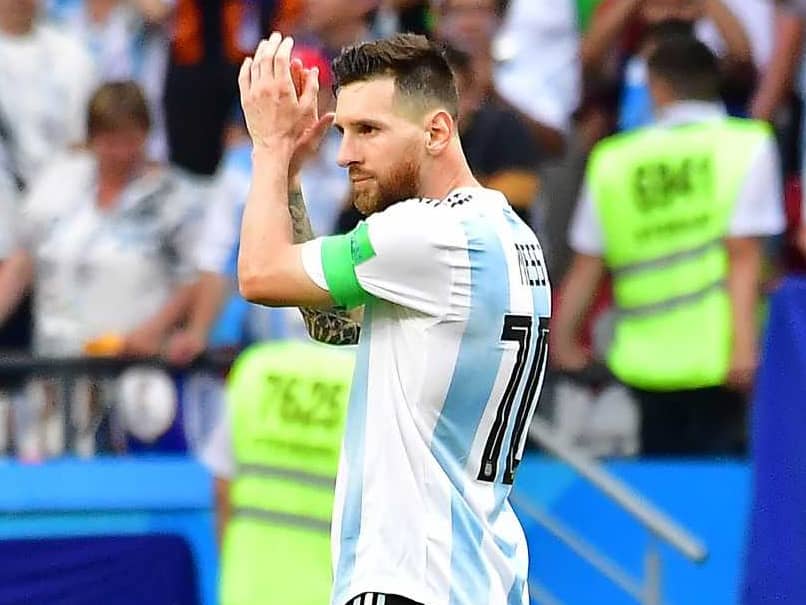 Lionel Messi was named in the Argentina squad on Thursday for the first time since the World Cup, ending a self-imposed eight month exile. Interim coach Lionel Scaloni named the five-time World Player of the Year in his squad for the friendlies against Venezuela and Morocco. The 31-year-old Barcelona star hasn't pulled on the light blue and white national team jersey since Argentina were dumped out of the World Cup last June by eventual winners France. Another long-term absentee, PSG's Angel Di Maria, also makes the squad.

In all, Messi has missed six friendlies since the World Cup in Russia but many believe he will be an essential part of the team that travels to Brazil for the Copa America, which kicks off June 14.

Whilst he's built up an almost unprecedented collection of trophies with his club, Messi is running out of time to taste major international success with Argentina.

He was on the losing side in major finals three years running from 2014-16, first to Germany in the World Cup in Brazil, then twice to Chile on penalties in the Copa America, including the one-off Centenary edition of the competition.

With 65 goals in 128 appearances, Messi is Argentina's all-time top goalscorer. He's also Barca's top marksman ever with more than twice the number of goals as the next best.

But he's never managed to match his club form when operating on the international stage.

Argentina play Venezuela in Madrid on March 22 and then travel to Tangier four days later to tackle hosts Morocco.

Lionel Messi
Get the latest updates on India vs Australia Series, check out the India vs Australia Schedule for 2020-21 and Ind vs Aus live score . Like us on Facebook or follow us on Twitter for more sports updates. You can also download the NDTV Cricket app for Android or iOS.