Video of Crystal Palace youngster Michael Olise's gutsy reaction to being hit on the head by a bottle launched by the Millwall crowd during a FA Cup match is going viral. 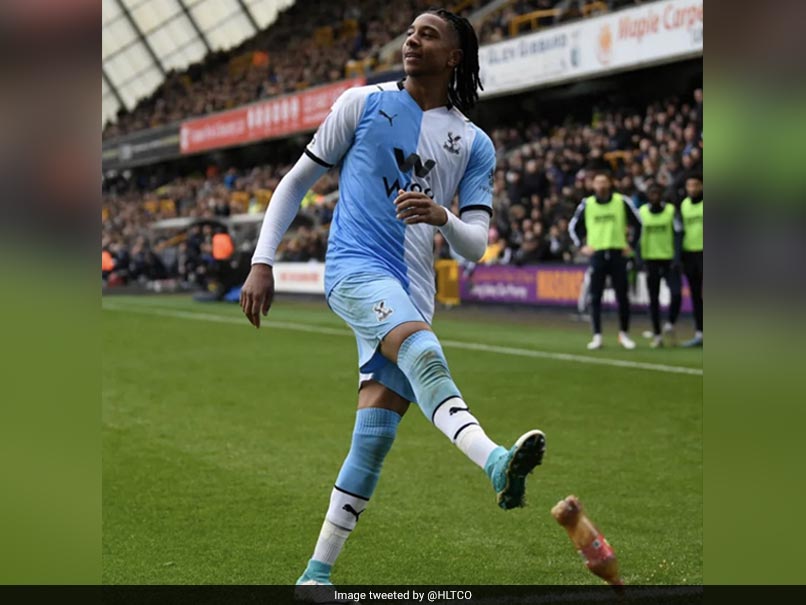 Michael Olise gave it back to Millwall fans after being hit on the head by a bottle.© Twitter

At a time when play-acting has become a widely used dark art by footballers to trick referees, genuine reactions to certain incidents are always a welcome sight for football fans. We have seen players rolling over on the ground multiple times, seemingly in terrible pain, even at the slightest of touches. However, a video of Crystal Palace's Michael Olise gutsy reaction to being hit on the head by a bottle launched from the Millwall crowd during a FA Cup match is going viral.

While taking a corner, Olise was hit flush on the head by a bottle thrown from the stands. The player then proceeded to kick the bottle off the pitch and signalled to the Millwall to keep it coming.

His reaction the entire incident has gone viral on social media:

Michael Olise really got hit by a bottle from the Milwall crowd and told them to keep it coming Flushed face pic.twitter.com/xKRcv7zdPx

Olise hit on the head by a bottle, then giving it to the Scumwall fans. My guy. pic.twitter.com/hJD4q5HfnG

Apart from his gutsy stand against the opposition fans, Olise was just as brilliant in the game.

Crystal Palace came from behind to beat Millwall 2-1 in the South London derby. The match was also marred by the home fans booing when the Eagles took a knee before kick-off.

"We as a football club are against any kind of discrimination and of course this is not something we want to see on the field," said Crystal Palace manager Patrick Vieira.

Benik Afobe had given Millwall the lead in the 17th minute, but after the break Crystal Palace came out all guns blazing.

Olise scored the equaliser with a stunning strike in the 46th minute and followed it up by providing an assist for teammate Jean-Philippe Mateta in 58th minute as Palace took a 2-1 lead.

They held on till the end to book their place in the next round of the FA Cup.

Crystal Palace Millwall Football
Get the latest updates on Fifa Worldcup 2022 and check out  Fifa World Cup Schedule, Stats and Live Cricket Score. Like us on Facebook or follow us on Twitter for more sports updates. You can also download the NDTV Cricket app for Android or iOS.