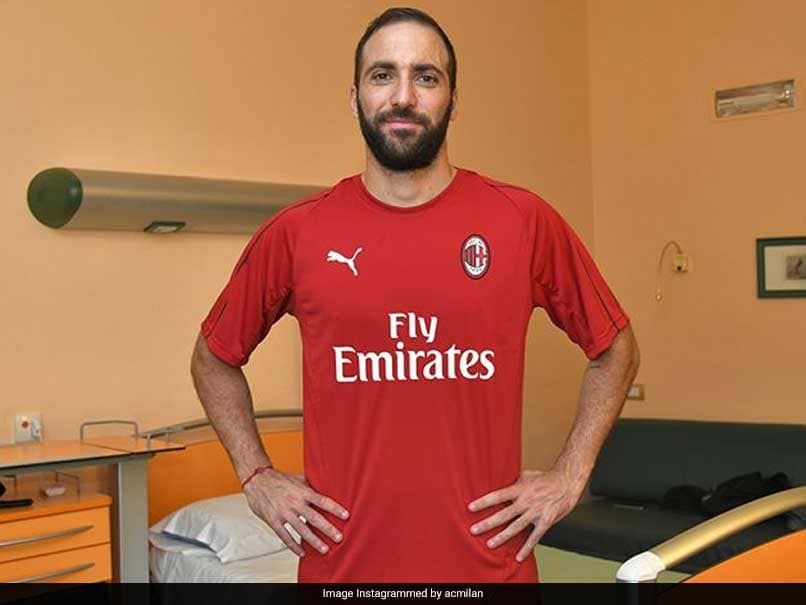 Argentine striker Gonzalo Higuain arrived at AC Milan while Italian defender Leonardo Bonucci completed his medical with Serie A record champions Juventus, both the clubs announced on Thursday. Higuain represented Juventus for two seasons where as Bonucci returned to his former club after representing Milan for only one season. "Look who's in Milan ready for medicals... @G_Higuain," AC Milan announced. "Leonardo Bonucci has completed his medical ahead of a proposed move from Milan to Juventus. The 31-year-old defender checked in at J-Medical, having landed in Turin Caselle airport earlier this morning," Juventus announced on their official website.

Juventus, also posted a video on their official Twitter account, which showed Bonucci signing autographs and taking photographs with his fans after the medical.

Higuain, who scored 40 times in 73 appearances for Juventus, helped the Serie A holders clinch the Italian league title and Coppa Italia twice each.

Bonucci, on the other hand, figured for Milan 35 times before making a return to Juventus where he made over 200 appearances from 2010 to 2017. He will also re-unite with Andrea Barzagli and Giorgio Chiellini to once again form a formidable back-line for the Torino based club.

Juventus have earlier been involved in major moves in the 2018 summer transfer window which saw, veteran Italian goalkeeper Gianluigi Buffon leave the club and multiple-time Ballon d'Or holder Cristiano Ronaldo join them, as a major boost.