England made a remarkable comeback from two goals down to outclass three-time runners-up Spain 5-2 and clinch their maiden FIFA U-17 World Cup at a packed Vivekananda Yuba Bharati Krirangan in Kolkata on Saturday. 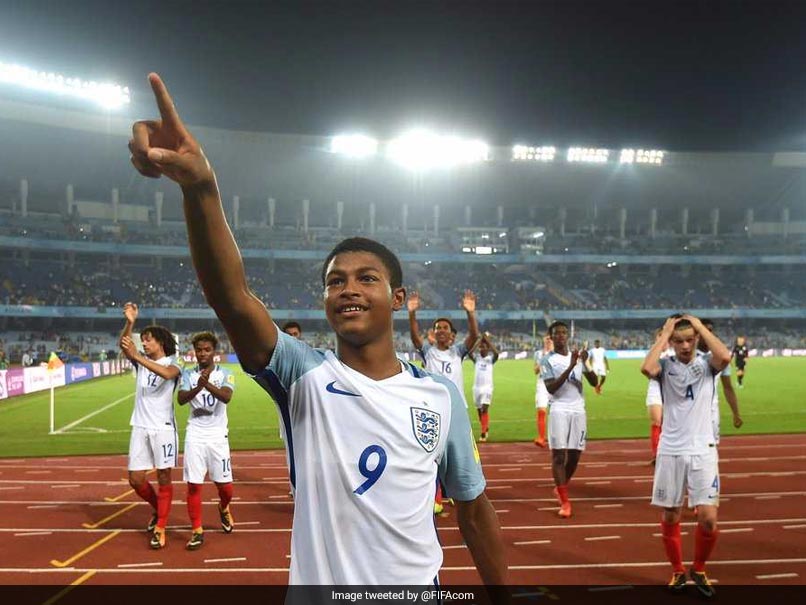 England made a remarkable comeback from two goals down to outclass three-time runners-up Spain 5-2 and clinch their maiden FIFA U-17 World Cup at a packed Vivekananda Yuba Bharati Kriranganin Kolkata on Saturday.England have now done a FIFA double in the same year, having won the FIFA U-20 World Cup in June. Spain took the early advantage in the final, thanks to a first-half brace by Sergio Gomez. The Spaniard found the net in 10th and 31st minute of the game.

But his effort was wiped out soon and England piled on the misery by scoring five back-to-back goals against Spain to clinch their maiden title.

England missed a couple of chances in the first half, but Rhian Brewster's 44th minute goal helped his team make it 1-2 against Spain at a jam-packed Salt Lake stadium. Both teams went into the half-time with score reading 2-1 in favour of Spain.

Things changed dramatically in the second half as England got on the offensive and put the Spanish back-line under tremendous pressure.

Gibbs tapped home an inch-perfect cross to make it 2-2.

Foden then found the target in the 69th minute and the winners literally sealed the issue in the 84th minute with the fourth goal scored by Marc Guehi.

The Young Lions rubbed salt on Spain's wound by scoring a 88th minute goal to make it 5-2.

It was a sweet revenge as England had lost to La Rojas juniors in the U-17 European Championship, earlier this year.

Earlier Brazil beat Mali 2-0 in the third-place playoff to earn a consolation after they lost to England in the semi-final.

Alan scored in the 55th minute when Mali goalkeeper Youssouf Koita fumbled the Palmeiras striker's shot which went past him into the net. Substitute Yuri Alberto scored the second in the 88th minute. With the Mali defence tiring, Brenner crossed from the right and Yuri was unmarked to fire in from close range.

Comments
Topics mentioned in this article
England Spain FIFA U-17 World Cup Football
Get the latest updates on IPL Auction 2023 and check out  IPL 2023 and Live Cricket Score. Like us on Facebook or follow us on Twitter for more sports updates. You can also download the NDTV Cricket app for Android or iOS.