FIFA U-17 World Cup Final: Five England Players To Watch Out For

England have several present and potential Premier League players in their ranks. 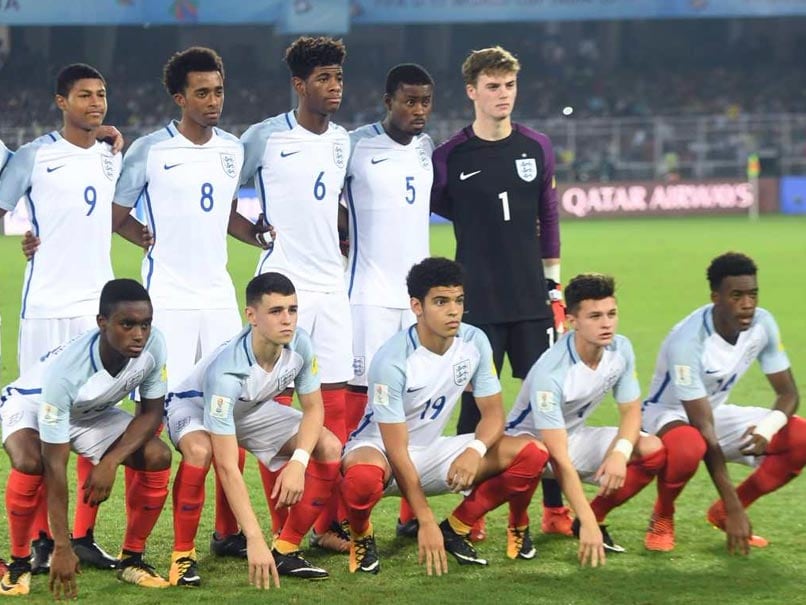 England U-17 team has created ripples in the Indian edition of FIFA U-17 World Cup.© AFP

The England Under-17 team has created ripples in the Indian edition of the FIFA U-17 World Cup. All eyes will be on the Young Lions as this will be their fourth outing on the global stage at this age category. Their debut at Korea 2007 saw the team reach the quarter-finals before crashing out after losing to Germany. England and Spain met in the European U-17 Championships in Croatia where Spain emerged victorious on penalties after the match ended in a 2-2 draw. While the Steve Cooper side will look to overcome the Spanish challenge, here are the five players you should watch out for.

Rhian, 17, has till now been the most successful player in the tournament with seven goals under his belt. The Liverpool academy star scored two consecutive hat-tricks to propel England in the final of the tournament. Steve Cooper, the England Under-17s manager and former Liverpool academy coach, said, "It is an amazing achievement to score a hat-trick in a quarter-final and a semi-final."

The English striker, who had caught Jurgen Klopp's attention when he was 16 during an academy training session, will be offered a Liverpool contract when he turns 18 next year. It will be interesting to see if he ends the tournament with another hat-trick.

The Stockport-born midfielder played an important part for the team throughout the tournament with his left foot and ability to glide past opponents quickly. Foden, who plays for Manchester City, executed a brilliant cross to Brewster which resulted in England's third and final goal against Brazil.

The Manchester City trio - Foden, Curtis Anderson and Joel Latibeaudiere (captain) - will face Spain in the final, who have fellow City teammate Eric Garcia in their ranks.

The 17-year-old playmaker was fast-tracked to the Manchester City first team by Guardiola earlier this month. Before this, Guardiola had also named him in the first team squad for the final Champions League group stage game against Celtics in December 2016.

The 17-year-old Angel Gomes, who has two goals to his name, made his Manchester United debut last season when he came on for Wayne Rooney in the 88th minute against Crystal Palace. Winner of the 2017 Jimmy Murphy Youth Team Player of the Year award, Gomes displays an amalgamation of an attacker, keeping possession and a wide passing range.

Manchester United academy coach Nicky Butt describes his talents as 'ridiculous'. Butt further said that "Angel is a young talented player who we have massive hopes for."

Panzo, playing at left-back or centre-half, has been associated with Chelsea since he was nine. He has great control over the ball and finds the right pass as well goes past a player to relieve pressure and drive his team up the pitch.

An important member of a sizeable Stamford Bridge contingent in India, Panzo has led the U-16 England and has grabbed eyeballs with his ability to brilliantly pass the ball from the back.

Ivory Coast-born Guehi has been associated with Chelsea since the U-8 age group and has mostly played in the right-back or centre-half position. His ability with the ball earned him a place in the Chelsea Under-18s when he was 15-year-old.

He has also been part of Chelsea's FA youth cup-winning side last season. Along with defending, Guehi quickly ascertains the situations and has a keen eye for passes.

Guehi, till now, has appeared in six FIFA tournaments.

Comments
Topics mentioned in this article
England Spain FIFA U-17 World Cup Football Cricket
Get the latest updates on India vs South Africa and check out  Schedule, Results and Live Score. Like us on Facebook or follow us on Twitter for more sports updates. You can also download the NDTV Cricket app for Android or iOS.