Barcelona are chasing a ninth La Liga title in 12 years as Real Madrid look to make amends for last season. 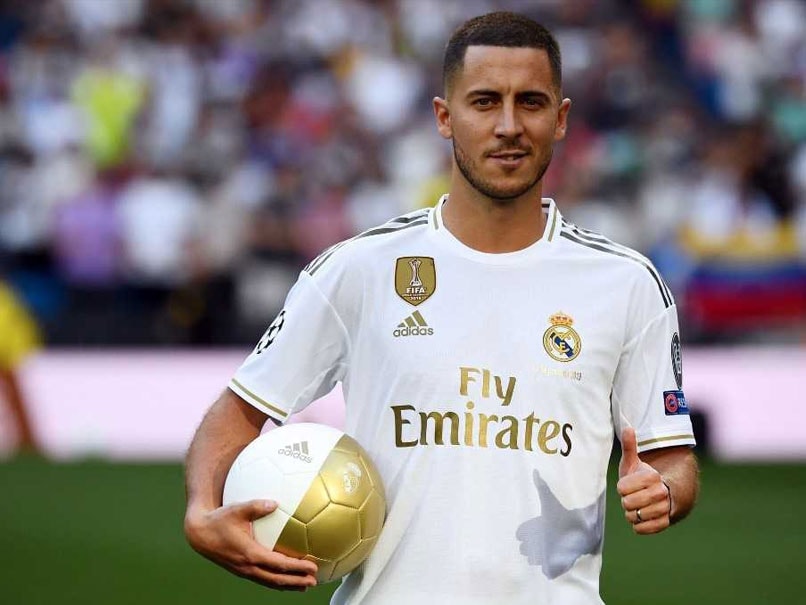 Eden Hazard is set to make his Real Madrid debut against Celta Vigo and Barcelona will begin their title defence away at Athletic Bilbao, according to the La Liga fixture list announced on Thursday. The opening games are scheduled for August 18 but Eden Hazard will have to wait for the second round to play his first Madrid match at the Santiago Bernabeu, when his new team host Real Valladolid. The first Clasico of the season will be at Camp Nou on October 27, with the return in Madrid scheduled for March 1. Both could come after Champions League ties in midweek.

Barcelona are chasing a ninth La Liga title in 12 years as Real Madrid look to make amends for last season, their sixth in the last seven they have failed to be crowned champions.

Zinedine Zidane's hopes for a fast start may have been boosted by what appears a kind early set of games. After Celta and Valladolid, they play away at Villarreal and at home to Levante before a tougher trip to Sevilla, where former Madrid coach Julen Lopetegui is now in charge.

Barcelona's introduction looks more awkward. After Bilbao, the reigning champions are at home to Real Betis and away to newly-promoted Osasuna. Then they host Valencia, whom they lost to in the Copa del Rey final in May, before travelling to Granada, also just up from Segunda.

The game against Barca could mark the return of Antoine Griezmann, who is expected to join the Catalans this summer.

All three promoted sides were handed winnable opening matches, with Granada and Osasuna away at Villarreal and Leganes respectively, while Mallorca start at home to Eibar.

If the title race goes down to the final weekend, Barcelona might have the most difficult task. They will finish away at Alaves, while Real Madrid face a trip to Leganes. Atletico end the season at home to Real Sociedad.

Real Madrid Eden Hazard Football
Get the latest updates on Fifa Worldcup 2022 and check out  Fifa World Cup Schedule, Stats and Live Cricket Score. Like us on Facebook or follow us on Twitter for more sports updates. You can also download the NDTV Cricket app for Android or iOS.