Cristiano Ronaldo scored the only goal to hand Juventus their first trophy of the season with a 1-0 win over AC Milan. 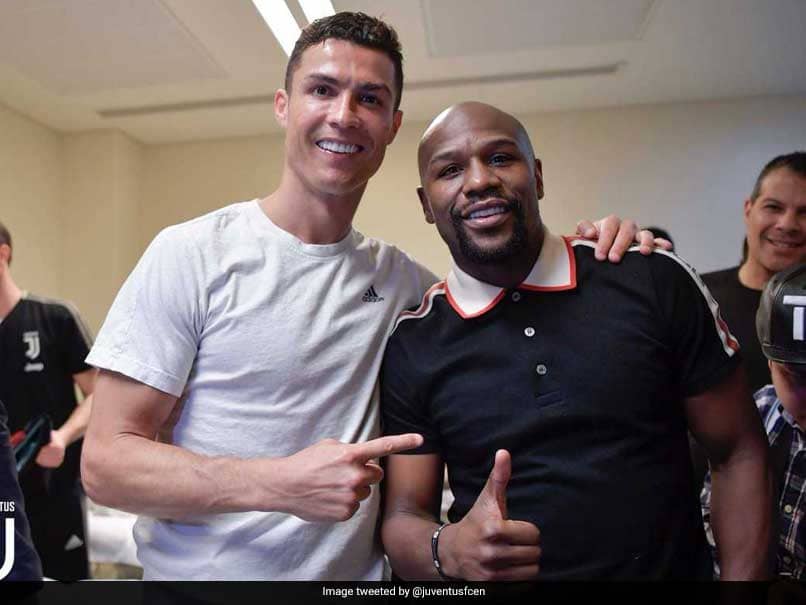 Cristiano Ronaldo and Juventus celebrated their Italian Super Cup triumph over traditional rivals AC Milan with boxing icon Floyd Mayweather. The official Twitter handle of Juventus shared the picture of their talisman Cristiano Ronaldo in all-smiles with Floyd Mayweather. In a few other pictures Mayweather was also seen posing with the prestigious trophy while he also posed with Juventus' star players Miralem Pjanic and Giorgio Chiellini. The Italian football giants made the most of the moment as they posted the pictures on Twitter, with a caption which said, "Champions celebrating with a champion, @FloydMayweather meets the team in the Bianconeri locker room."

Ronaldo scored the only goal to hand Juventus their first trophy of the season with a 1-0 win over ten-man AC Milan in the Italian Super Cup on Wednesday in Saudi Arabia.

Ronaldo -- signed by the Italian giants last year from Real Madrid as they target a first Champions League title since 1996 -- headed in a 61st-minute winner.

AC Milan played the last quarter of an hour a man down after Ivorian midfielder Franck Kessie saw red for a bad tackle on Emre Can.

"I have my first title with Juventus so I'm happy," said the Portuguese star who now has 28 trophies including five Champions League and league titles from England and Spain, and a European Championship with Portugal.

"This is only the start, we'll take it one step at a time. We've got this cup, now we must keep working hard to achieve the next trophy," warned Ronaldo.

In the end Juventus came away with a record eighth Super Cup title, one more than AC Milan who have won seven.