Copa America: An emotional Lionel Messi screamed in happiness and kissed his winner's medal while sharing his title winning moments with family on a video call from the ground. 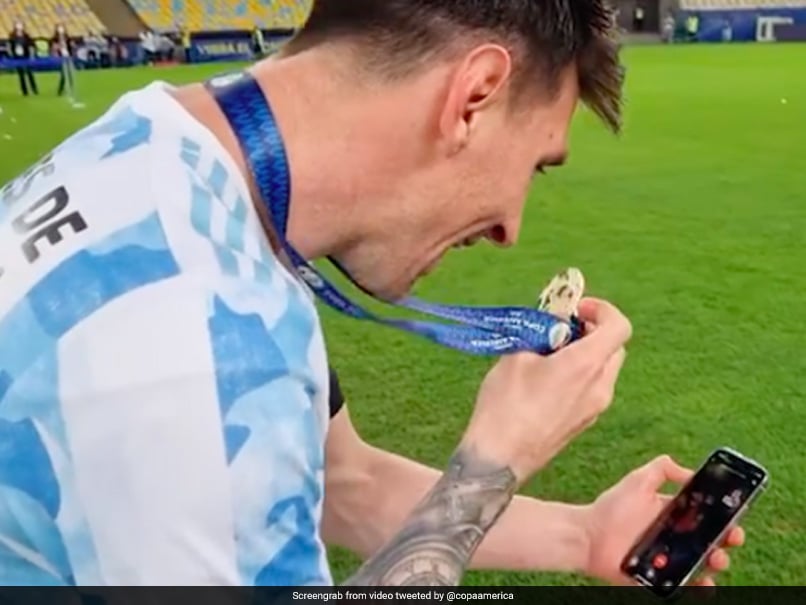 After winning Copa America final against Brazil, Argentina captain Lionel Messi celebrated long and hard with his teammates but in between all that he took some time out to video call his family from the ground itself. Messi screamed in happiness as he kissed his winner's medal and punched the air, sharing the joyous moments with his wife Antonela Roccuzzo and their kids. The reaction came after Argentina clinched their first Copa America title in 28 years, having last won it in the year 1993 against Mexico in Ecuador. On a personal front, Messi endured a remarkable tournament, scoring four goals and providing five assists in the run-up to the final at the Rio de Janeiro's Maracana stadium in Brazil. Messi's four goals included two from free-kicks -- first one coming against Chile in the opener and the second against Ecuador in the quarter-finals.

Messi' wife took to Instagram stories and shared a screenshot of the video call with the Argentine great. 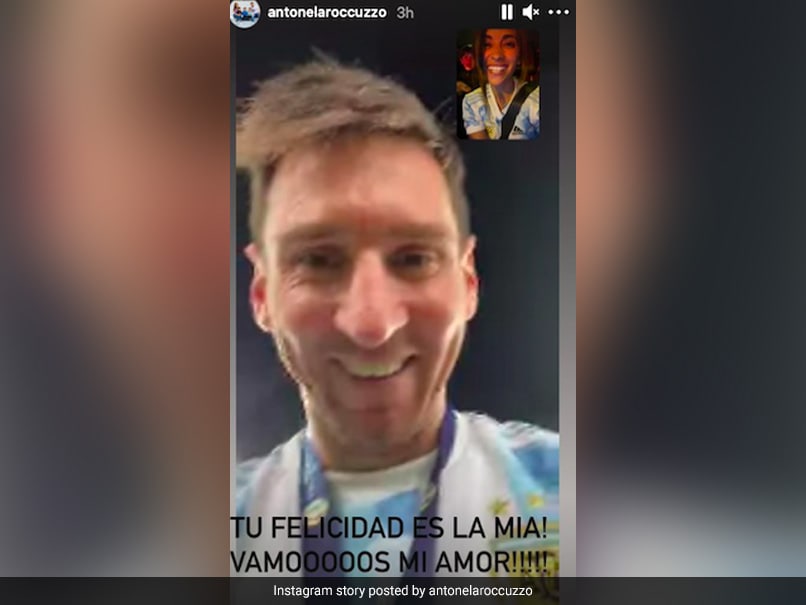 In an intense battle, Argentina kept their nerves throughout the match after taking a first-half lead in the 22nd minute.

Winger Angel Di Maria brilliantly controlled a through-ball from Rodrigo De Paul and lobbed Brazilian keeper Ederson to score the only goal of the final.

Messi could have doubled the lead two minutes from the end of normal time but slipped with only the keeper to beat.

After the final whistle, the entire Argentine contingent gathered to throw their skipper Messi into the air in jubilation.

The win for Argentina ended Brazil's unbeaten home record which had stretched more than 2,500 days.

Angel Di Maria Ederson Football
Get the latest updates on Fifa Worldcup 2022 and check out  Fifa World Cup Schedule, Stats and Live Cricket Score. Like us on Facebook or follow us on Twitter for more sports updates. You can also download the NDTV Cricket app for Android or iOS.