Manchester City star Sergio Aguero has been sidelined since June 22 with a knee injury that required surgery in Barcelona. 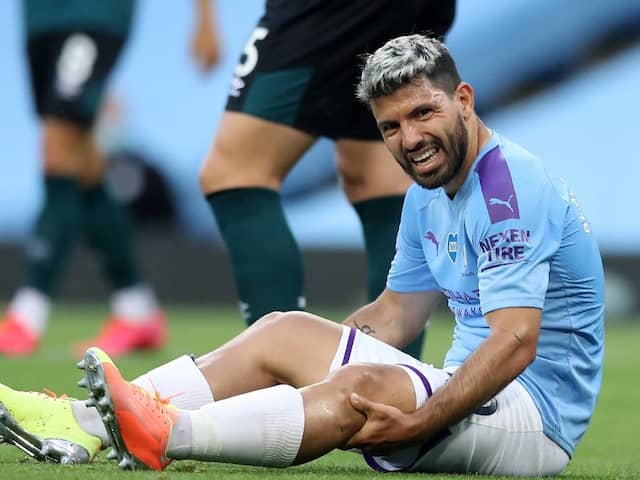 Pep Guardiola said Sergio Aguero is unlikely to be fit for the Champions League clash with Real Madrid.© AFP

Manchester City manager Pep Guardiola admitted on Sunday that Sergio Aguero is unlikely to be fit for the club's Champions League showdown with Real Madrid. Guardiola's side face Real in the second leg of their last 16 tie on August 7 as they look to protect a 2-1 lead from the first meeting in Spain. Aguero has been sidelined since June 22 with a knee injury that required surgery in Barcelona. Earlier this week, Guardiola had raised hopes that City's all-time record goalscorer could return for the clash at the Etihad Stadium.

But, speaking after City's 5-0 win over Norwich on the last day of the Premier League season, Guardiola was far less confident about the Argentine forward's availability to face the Spanish champions.

"I don't think it will be possible," Guardiola said.

Aguero has netted 23 times in all competitions this season, but Gabriel Jesus has stepped up in the Argentine's absence in recent weeks, scoring four goals in his last seven matches, including the opener against Norwich.

City have never gone beyond the semi-finals of the Champions League, but David Silva is hoping to end his 10-year career at the club by completing his collection of medals.

The Spaniard played his final Premier League match on Sunday and was given a rousing reception by his teammates as he was substituted late on.

"I am emotional because I have been working with them 10 years," said Silva. "I'm a lucky guy I had a lot of nice moments.

"Of course I couldn't imagine when I came here to win so many titles and the way we won it."

Silva has won 11 major trophies in his decade in Manchester as well as two European championships and a World Cup with Spain, but has never lifted the Champions League.

"I hope we can win the Champions League," he added. "It's a pity we cannot play with the people (in the stadium) but the safety of people is the most important thing."

Madrid's visit to Manchester will not be affected by the UK government's decision to enforce a two-week quarantine for travellers arriving in the country from Spain.

Under plans agreed earlier this month, elite sport is among the industries exempt from the quarantine rules as long as the government's guidelines and protocols are followed.

Sergio Aguero Pep Guardiola Football
Get the latest updates on IPL 2020, check out the IPL Schedule for 2020 and Indian Premier League (IPL) Cricket live score . Like us on Facebook or follow us on Twitter for more sports updates. You can also download the NDTV Cricket app for Android or iOS.