Roberto Firmino scored a stoppage-time winner to hand Liverpool a 3-2 win over PSG in their opening Champions League match. 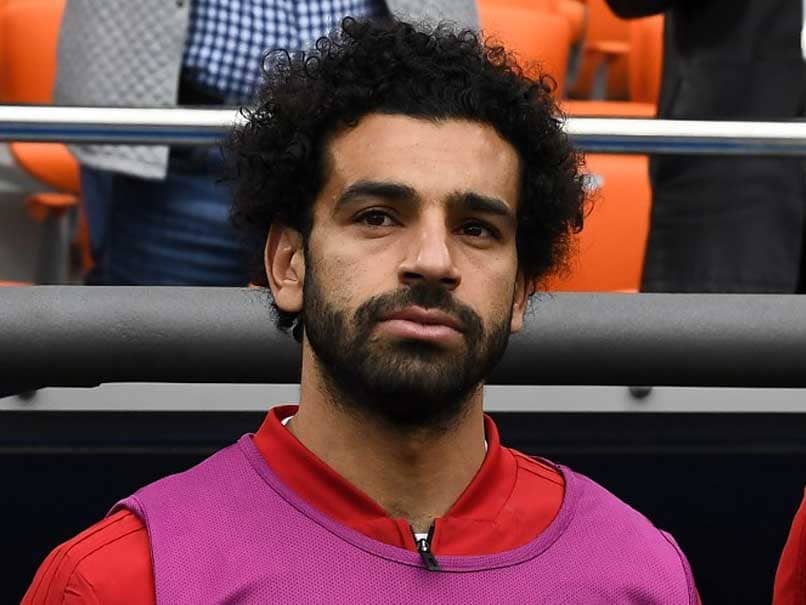 Liverpool fans were over the moon as their team overcame a stiff test against Paris Saint-Germain (PSG) to begin their Champions League 2018/19 campaign with a win. It didn't go all Liverpool's way in the match but Roberto Firmino was the hero for the Anfield faithful as the English club registered a 3-2 win over Neymar and Co. Firmino, who was a doubt for the game due to an eye injury, came off the bench and scored a stoppage-time winner to send Liverpool fans into a tizzy. But while Liverpool players and supporters celebrated the Brazilian's winner, television pictures showed Mohamed Salah throwing his bottle to the floor even as manager Jurgen Klopp celebrated Firmino's last-gasp winner.

Fans were left scratching their heads over Salah's reaction with slamming taking the Egyptian to task.

Mohamed Salah's body language isn't great at the moment. Throws his water bottle down in frustration right after Firmino scores the winner.

That didn't look like happiness to me, the way he threw it down look like he was frustrated. He looked that way throughout the entire game

Salah was upset firmino got the winner
What a sore loser pic.twitter.com/oJbpT6oe0U

Salah is ALL ABOUT Salah

This guy is all about PERSONAL Glory.

Meanwhile, PSG have plenty of work to do if they are to challenge for a first-ever Champions League title. Despite the late drama, victory was well deserved for Liverpool who dominated throughout and bounced back from blowing a 2-0 first-half lead to take the early advantage in Group C.

Having kept Kylian Mbappe and the world's most expensive player Neymar quiet for almost the entire match, Liverpool seemed set to pay a heavy price for one poor pass by Salah as Mbappe swept home seven minutes from time in front of a stunned Kop.

But Firmino had the final say as he twisted and turned before firing into the far corner to stretch Liverpool's perfect start to the season to six games.

Paris SG Mohamed Salah Roberto Firmino Football
Get the latest updates on India vs England Series, India vs England , live score and IPL 2021 Auction . Like us on Facebook or follow us on Twitter for more sports updates. You can also download the NDTV Cricket app for Android or iOS.