Lyon coach Rudi Garcia hailed his team for seeing off Juventus and the "extraterrestial" Cristiano Ronaldo to reach the Champions League quarter-finals on Friday. 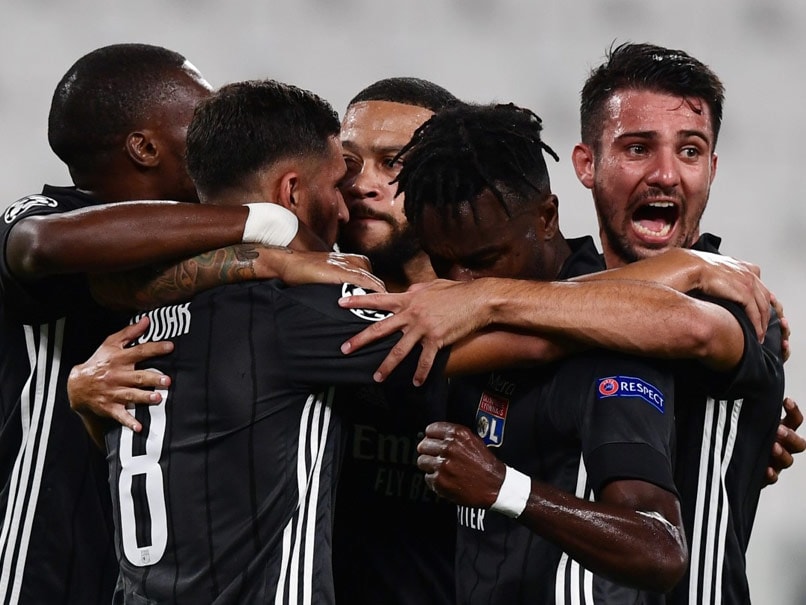 Lyon coach Rudi Garcia hailed his team for seeing off Juventus and the "extraterrestial" Cristiano Ronaldo to reach the Champions League quarter-finals on Friday. Captain Memphis Depay's early penalty sealed Lyon's berth in the last-eight despite losing 2-1 on the night in Turin. A goal up after winning February's first leg, Lyon will face Manchester City at the final tournament in Lisbon after drawing 2-2 on aggregate and going through on away goals. "We came up against an opponent who has an extraterrestrial in its squad," said Garcia of five-time Ballon d'Or winner Ronaldo who scored both of Juve's goals on Friday.

Lyon squeezed past the Italian champions thanks to Depay's 12th-minute penalty which put Garcia's side two goals ahead in the tie and left Juve with a mountain to climb.

Needing to score three unanswered goals in order to go through, Portuguese star Ronaldo tried his best to drag the Italian champions over the line.

He levelled the scores on the night with a penalty of his own with two minutes left in the opening period before crashing home a second goal on the hour mark.

However Juve performed poorly and Lyon managed to hold on to set up a clash with Pep Guardiola's City, who put out 13-time winners Real Madrid, on August 15.

"I think we did very well in the first half," added Garcia.

"Unfortunately the penalty awarded to them, which was completely unjustified, put them back in the game."

"This is the victory of a group. We wanted to be in the Final 8 in Lisbon, we are there.

"We'll still be outsiders and that suits us very well."

Despite their nine consecutive Italian league titles in a row, Juventus could not get past a French side that finished seventh in Ligue 1 this season.

"We went out because of the first half in Lyon," said Juventus coach Maurizio Sarri.

"I'm devastated, but satisfied with the performance. We are very sorry. We had a good game tonight."

Ronaldo spearheaded the Juventus attack as the five-time Champions League winner pushed for a last-eight spot in his native Portugal.

Lyon's early breakthrough came after Rodrigo Bentancur was judged to have fouled Houssem Aouar, and Depay calmly slotted past Wojciech Szczesny from the spot.

Juventus had dominated play early with Federico Bernardeschi dribbling through the Lyon defence after 19 minutes before Marcelo deflected the shot clear of goal.

Ronaldo sent a header wide after 21 minutes with Lopes denying a curling Ronaldo free kick, but he drew Juve level from the spot just before the break when Depay handballed a Miralem Pjanic free-kick.

Paulo Dybala came on with 20 minutes to go but failed to lift the Italians, with the Argentine who had been carrying a thigh injury, limping off quarter of an hour later.

Ronaldo missed a chance to win the tie when he sent a header wide, ending Juventus' hopes of a first Champions League title since 1996.

Juve, who had won only two of their last eight league games, end the season in the worst possible way, exhausted by the accumulation of matches interrupted for three months because of coronavirus.