Pep Guardiola says Manchester City want to impose their game when they meet Real Madrid in their postponed Champions League match on Friday. 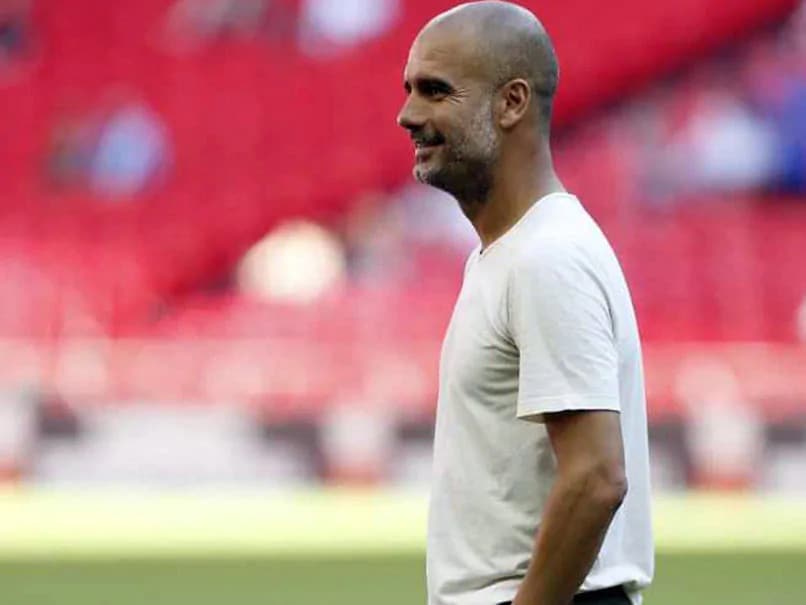 Pep Guardiola warned that it was vital for his side to cut out the defensive mistakes.© AFP

Pep Guardiola says Manchester City want to impose their game when they meet Real Madrid in their postponed Champions Leaguematch on Friday, believing his side are ready to face the 13-time champions. City host Zinedine Zidane's team in the second leg of their last-16 tie, leading 2-1 after their win in the Bernabeu in February.

Guardiola's side lost their Premier League crown to Liverpool but have a chance to finish the coronavirus-interrupted season by becoming European champions for the first time.

"We want to play our own game," the City boss said at his pre-match press conference on Thursday.

"We want to impose our own style on the game, whether we're defending or playing on the counter-attack or whether Madrid are countering.

"What we want to try and do is take the game to certain areas of the field where we can hurt Real Madrid, where we can show the qualities of our players."

He added: "I had the feeling now, today, that we are ready to play the game tomorrow and do a good performance and win the game," he said. "That's my feeling, we are ready."

But Guardiolawarned that it was vital for his side to cut out the defensive mistakes that have hurt his side this season.

"More than conceding the goals, it's the way that we conceded the goals," he said. "When they are brilliant and make a good action we have to accept it.

"But for most of them it was goals that could have been avoided. We have to avoid it. Making mistakes in this competition punishes you a lot."

Midfielder Rodri said the mood in the camp was good and he felt City were the better team.

"They are more than a team," he said. "I think they have that way of playing that you can never relax, even if you're winning 3-0, 4-0. They always come back and they have the huge personality to become the champions they have been in the last 20, 30 years.

"It's the biggest team in this competition and they have showed that to the world but now football has changed a little bit -- it's so competitive, the distances between teams are so, so narrow.

Guardiola revealed defender Eric Garcia has turned down the offer of a contract extension at the Etihad Stadium.

The highly rated 19-year-old centre-back has been linked with a return to his boyhood club Barcelona.

"We want it but he doesn't want to extend the contract. I imagine he wants to play in another place."

Manchester City Football Zinedine Zidane Pep Guardiola
Get the latest updates on IPL Auction 2023 and check out  IPL 2023 and Live Cricket Score. Like us on Facebook or follow us on Twitter for more sports updates. You can also download the NDTV Cricket app for Android or iOS.