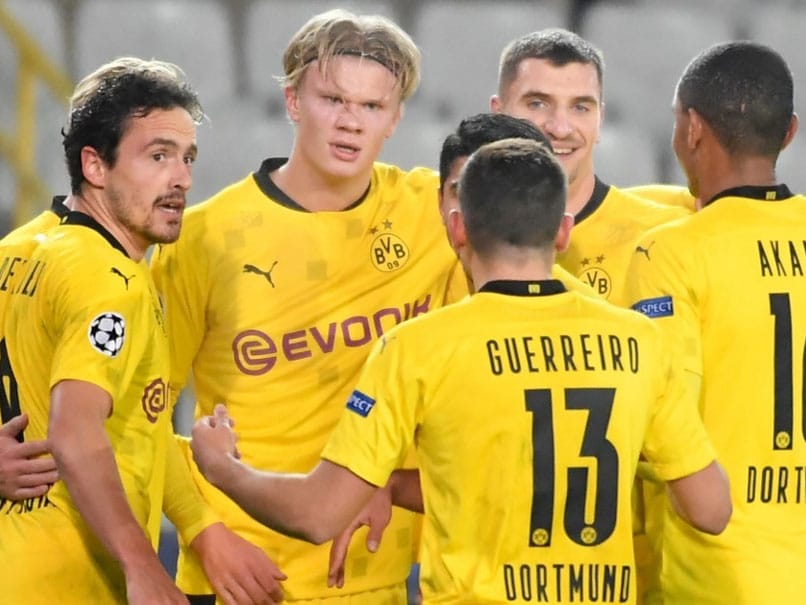 The Bundesliga's top striker Robert Lewandowski goes head-to-head with Erling Braut Haaland on Saturday when league leaders Bayern Munich travel to second-placed Borussia Dortmund. Germany's top clubs are both on 15 points with Bayern top due to their vastly superior goal difference. The European champions have won all three of the club's most recent meetings, but Dortmund have won two of their last three home games against Bayern. "Bayern will have respect," former Dortmund captain Sebastian Kehl said in the build-up.

Lewandowski, 32, has banged in 10 goals in his five league games for Bayern, while Dortmund's Haaland, 20, has scored five times.

Ahead of the top-of-the-table clash, Bayern and Dortmund both rested their star strikers last weekend.

The pair warmed-up by each scoring two goals for their respective clubs in midweek Champions League away wins.

Lewandowski, 32, converted a penalty and added a superb header in a 6-2 thrashing of Salzburg.

Not to be outdone, Haaland, 20, also netted twice in Dortmund's 3-0 win at Brugge to become the first player to score 14 goals in his first 11 Champions League games.

Bayern have had to deal with off-field distractions, however, caused by David Alaba's contract wrangles.

The defender is "hurt and disappointed" after Bayern withdrew the offer of a contract extension, which reportedly would have earned Alaba up to 20 million euros ($23.6 million) per season.

His contract expires next June and head coach Hansi Flick has said he just wants "calm in the team before the game against Dortmund".

The big question is whether Dortmund can contain a Bayern side which has scored 44 goals in just 12 games this season.

Having reverted to a back four after abandoning a three-man defence, Dortmund have not conceded a goal in their last four games.

However, Bayern will be a far bigger test of Dortmund's defensive prowess than Schalke, Zenit St Petersburg, Bielefeld or Brugge.

"We know that we can win against Bayern at home. We have proven that several times."

Midfielder Axel Witsel impressed as a defender alongside Akanji in the win at Brugge.

Witsel could start against Bayern at centre-back if Mats Hummels fails to recover from a thigh strain.

Before the Bundesliga's heavyweights slug it out in Dortmund, third-place RB Leipzig host Freiburg, who are winless in their last five games.

Leipzig want to build on their midweek Champions League win over Paris Saint Germain when the German club's French winger Christopher Nkunku scored against his former club PSG in a 2-1 victory.

Robert Lewandowski Erling Braut Haaland Football
Get the latest updates on India vs South Africa and check out  Schedule, Results and Live Score. Like us on Facebook or follow us on Twitter for more sports updates. You can also download the NDTV Cricket app for Android or iOS.