Manchester United's defeat in the Europa League semi-finals means they are now without a trophy in three seasons. 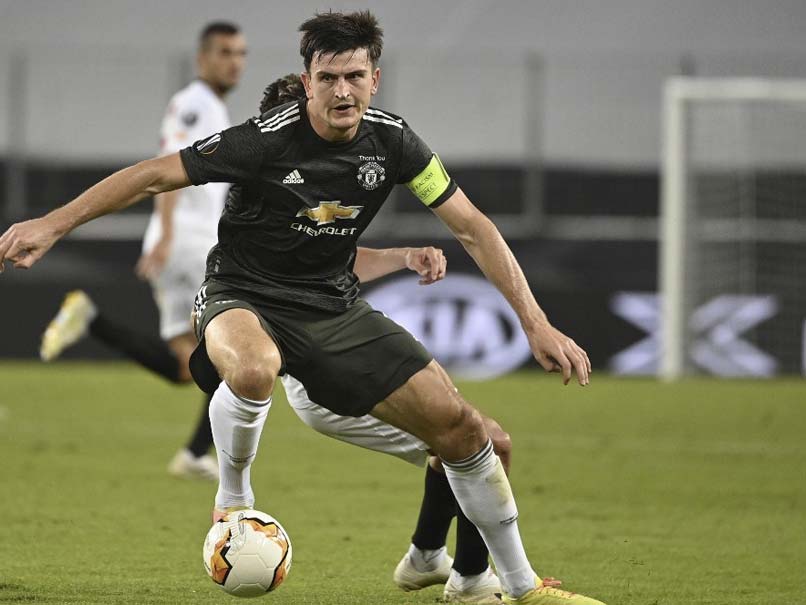 Harry Maguire said the "best side lost" after Manchester United were beaten 2-1 by Sevilla.© AFP

Manchester United defender Harry Maguire insisted the "best side lost" after the English giants were beaten 2-1 by Sevilla in the Europa League semi-finals on Sunday. "The boys are devastated. We created numerous chances. The best team lost. They punished us for missing chances. They didn't make many chances to be honest," Maguire told broadcaster BT Sport. Bruno Fernandes' early penalty was cancelled out by Suso's strike for five-time winners Sevilla. But United made and wasted almost all the big chances after the break as Bono produced a string of stunning saves until substitute Luuk De Jong turned home a Jesus Navas cross 12 minutes from time.

"We worked our socks off and deserved to win and get through. We fell short in a semi-final for the third time this year," added Maguire.

The defeat means United are now without a trophy in three seasons while Sevilla go on to face either Inter Milan or Shakhtar Donetsk in the Europa League final.

"We want to win silverware as soon as possible," added Maguire.

"Tonight we turned up and the best team lost. Perhaps that bit of inexperience cost us - we shouldn't have conceded that second goal."

United had already secured their place in the Champions League next season by finishing third in the Premier League, but an over-reliance on a small core of players was again exposed as Solskjaer did not make a single substitution until three minutes from time.

United's new Premier League campaign could now begin in just over four weeks time and initial talks over the signing of Jadon Sancho have stalled with Borussia Dortmund insisting the England international will remain in Germany next season.

Sevilla Harry Maguire Football
Get the latest updates on SA vs IND 2021-22, check out the Schedule and Live Score . Like us on Facebook or follow us on Twitter for more sports updates. You can also download the NDTV Cricket app for Android or iOS.