Borussia Dortmund sports director Michael Zorc said Jadon Sancho will play for the team next season and also revealed the youngster has got a wage hike. 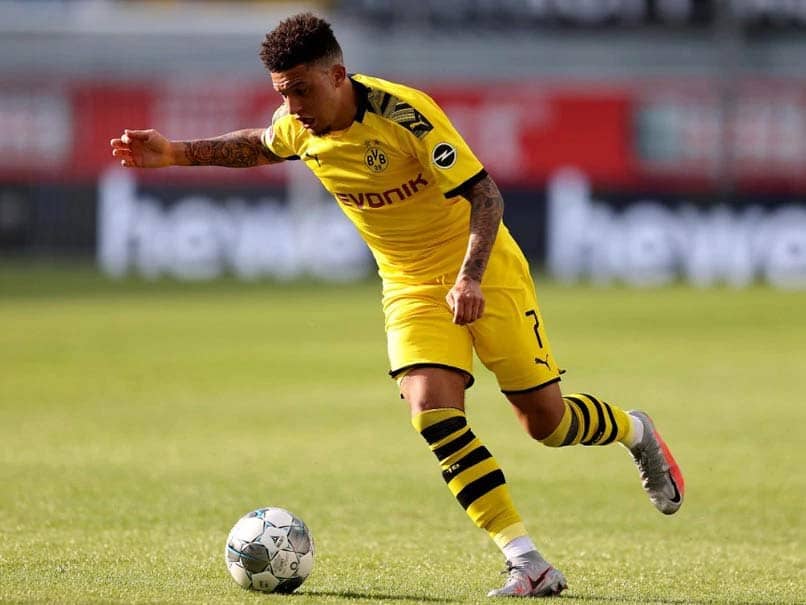 Jadon Sancho has been Manchester United's primary transfer target ahead of next season.© AFP

Jadon Sancho travelled with Borussia Dortmund to their pre-season training camp on Monday, the day the Bundesliga club's deadline for the England winger's possible transfer to Manchester United expired with the Germans revealing they have increased his salary. "We plan with Jadon, he will play for Borussia Dortmund next season. The decision is final," said sports director Michael Zorc in Bad Ragaz, Switzerland.

Zorc also revealed they have increased the undisclosed wage of Sancho, who last year signed a contract extension until June 2023.

The 20-year-old is of the brightest talents in Europe and Dortmund, who finished second in the Bundesliga last season, had slapped a 120 million euros ($140 million) price tag on him.

Media in the Britain reported last week United were close to signing the starlet.

Reports of a switch to United became rife over the weekend after Sancho was spotted at a party in London before returning to Dortmund.

In an interview last week, Dortmund CEO Hans-Joachim Watzke ruled out a transfer of Sancho once their week-long camp in Switzerland started.

On Monday, Zorc refused to discuss whether Dortmund had held talks with Manchester United about Sancho.

"Whether there were any talks and how they went, I won't say," Zorc added.