With Manchester City trailing 1-2, Raheem Sterling somehow managed to put the ball over with the goal gaping having been teed up by Ilkay Gundogan. 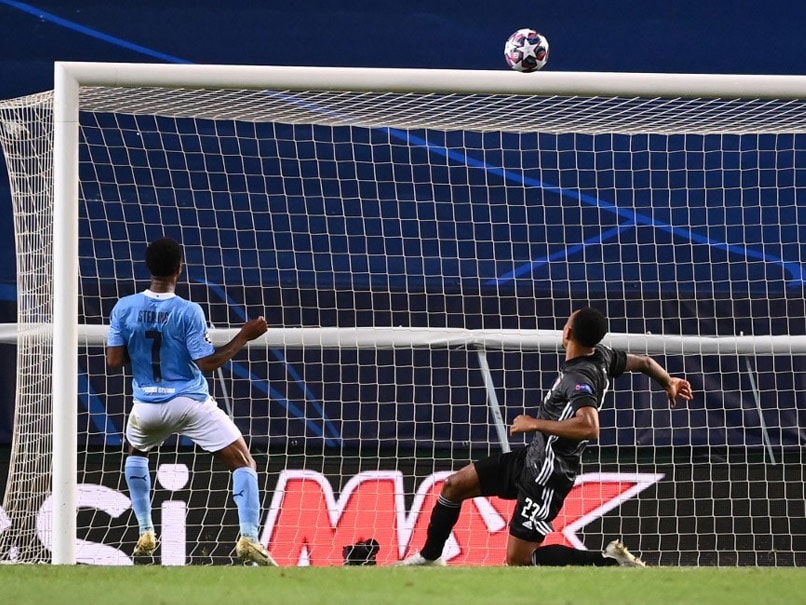 Many expected Manchester City to roll over French club Lyon and march into the semi-finals of the Champions League, however, someone forgot to tell that to the Lyon players, who put in a dogged display to leave Pep Guardiola's side shell-shocked. Lyon eventually beat Manchester City 3-1 to book their berth in the Champions League semi-finals. Things, though, could have been very different had Raheem Sterling not missed one of the easiest opportunities to score a goal. In the 86th minute, with Manchester City trailing 1-2, Sterling somehow managed to put the ball over with the goal gaping having been teed up by Ilkay Gundogan.

While Manchester City fans raged at Sterling's howler, neutral fans reveled in City's misery, coming up with some hilarious memes.

Now all city fans will knwo 2 facts :
#1 no Mahrez no win and u all laught when pep put him in the bench #2 if we put my grandmother in the place of sterling she will score that occasion So don't tell me again that Mahrez don't deserve a place in the starting line_up pic.twitter.com/OSfq8LY4Mm

As someone who has missed a lot of "sure goals" in his day, I can't laugh at Raheem Sterling. But these reactions are priceless pic.twitter.com/5UVom0bQfl

Pep:
"So, we want to be putting the ball into the open goal.
This means we have scored a goal, which is a good thing".

Manchester City were not at their best in the opening half of the quarterfinal and found themselves trailing courtesy Maxwel Cornet. The English club turned up the heat in the second half with Kevin de Bruyne scoring the equaliser in the 69th minute.

Mahrez clipped a ball forward towards Sterling and he cut it back from the byline to De Bruyne, the Belgian arriving unmarked at the edge of the box to sidefoot home.

Moussa Dembele put Lyon back ahead in the 79th minute and then capitalised on Raheem Sterling's miss to clinch the victory three minutes from the end.

Against all expectations, a team who finished seventh in the curtailed French season, and had played just two competitive games since early March, now find themselves through to a Champions League semi-final on Wednesday against Bayern Munich.

Manchester City Raheem Sterling Pep Guardiola Football
Get the latest updates on ICC T20 Worldcup 2022, check out the Schedule and Live Score. Like us on Facebook or follow us on Twitter for more sports updates. You can also download the NDTV Cricket app for Android or iOS.