Antoine Griezmann picked up a "muscle injury in the quadriceps of his right leg" during Barcelona's 1-0 win over Real Valladolid in La Liga on Saturday. 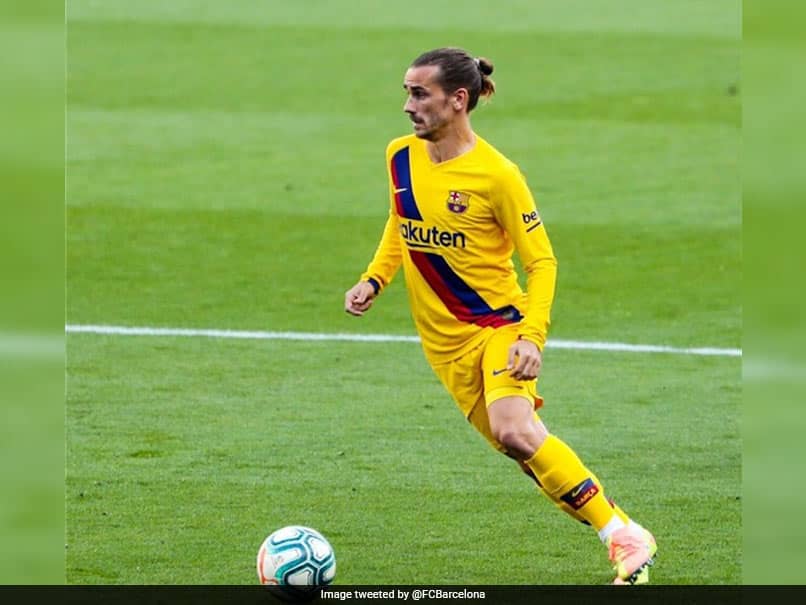 Barcelona suffered a major setback as the Catalan club on Sunday confirmed that Antoine Griezmann had sustained a muscle injury due to which he may miss the team's upcoming fixtures. Griezmann picked up the injury during Barcelona's 1-0 win over Valladolid in a La Liga match on Saturday. "Tests this morning have shown that first-team player Antoine Griezmann has a muscle injury in the quadriceps of his right leg. He is therefore not available for selection at the present time and the evolution of the injury will condition his availability," the club said in a statement.

Soon after the beginning of the second half, Griezmann was replaced by Luis Suarez in the match.

Lionel Messi teed up Arturo Vidal's winner at Jose Zorilla to become the first player to provide 20 assists in Spain's top flight since Xavi Hernandez in 2009.

Victory for Barca means Real Madrid cannot clinch the title on Monday by beating Granada but only an incredible collapse will prevent them putting their name on the trophy later in the week.

If they beat Granada, Madrid will win La Liga by prevailing at home to Villarreal on Thursday, regardless of Barcelona's results.

Lionel Messi Arturo Vidal Football
Get the latest updates on India vs England Series, India vs England , live score and IPL 2021 Auction . Like us on Facebook or follow us on Twitter for more sports updates. You can also download the NDTV Cricket app for Android or iOS.