Lionel Messi became only the second player to reach 20 goals and 20 assists in a season in Europe's top five leagues this century, after Thierry Henry in 2002-03. 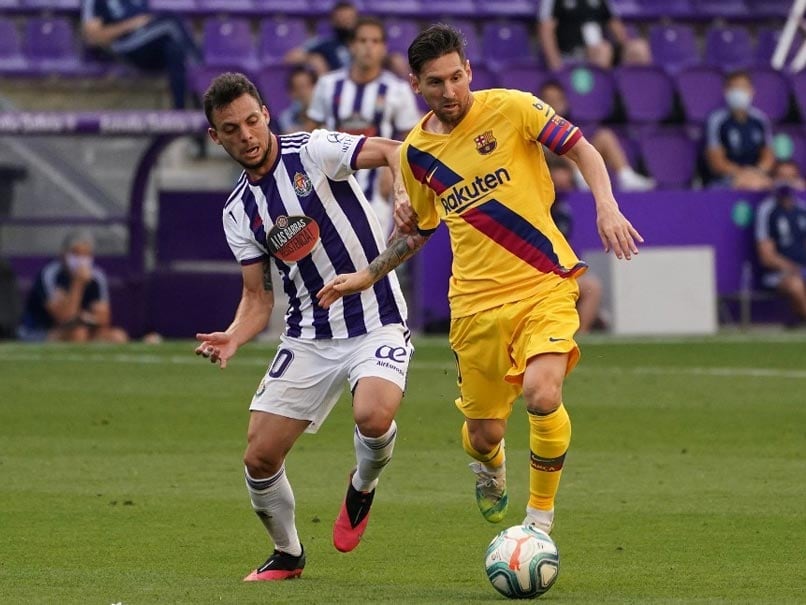 Barcelona striker Lionel Messi has become the first player in the history of La Liga to record 20 goals and 20 assists in a single season. He achieved the feat against Real Valladolid on Saturday (local time) as Barcelona defeated them 1-0. Messi is also the first player to reach 20 assists in a La Liga season since former team-mate Xavi in 2008-09, Goal.com reported. In the match against Valladolid, Messi provided an assist to Vidal, which ended up providing Barcelona a match-winning goal.

The 33-year-old Messi is only the second player to achieve that feat in Europe's top five leagues this century.

He is the second player after Thierry Henry to achieve the feat as the Frenchman had scored 24 goals and contributed 20 assists for Arsenal during the 2002-03 Premier League season.

Messi currently has 22 goals in the ongoing La Liga season and is four goals ahead of Real Madrid's Karim Benzema.

With this 1-0 win over Valladolid, Barcelona have reached 79 points in the La Liga standings and is now just one point away from table-toppers Real Madrid.

Barcelona will next face Osasuna on Thursday, July 17.