All You Need To Know About Vichai Srivaddhanaprabha, Leicester City Boss Who Died In A Helicopter Crash

Vichai Srivaddhanaprabha, who died following a helicopter crash on Saturday, was also the owner of a Belgian football club, Oud-Heverlee Leuven. 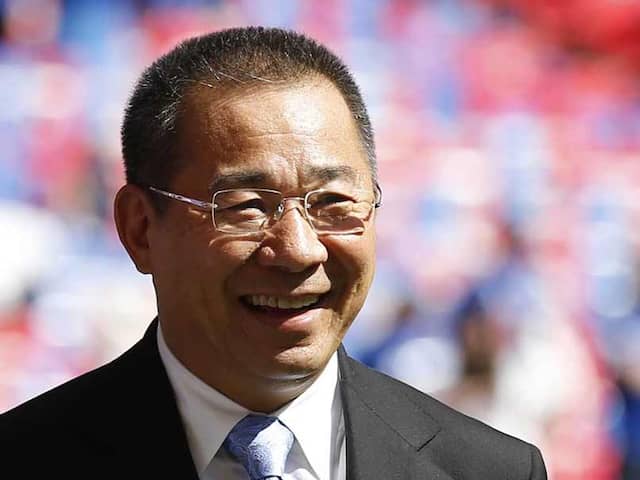 Soon after Leicester City played their Premier League home fixture against West Ham United on Saturday, which ended in a 1-1 draw, football fans across the world were thrown into a state of shock. Because the helicopter of Leicester City owner, Vichai Srivaddhanaprabha, had crashed and burst into flames at the car park of the King Power Stadium. A day later on Sunday, it was confirmed that Srivaddhanaprabha was on the helicopter and had died. Now that everyone's talking about the owner who was instrumental in bringing The Foxes into the spotlight, here are some facts you need to know about him:

1. Back in 2010, Srivaddhanaprabha had bought Leicester City FC at a reported price of $57 million. The club won the Premier League in 2016, barely two years after being promoted to the top-flight league.

2. In 2017, he had also bought a football club in Belgium, Oud-Heverlee Leuven. His group, King Power International, is still the owner of the lower-rung outfit, which is based towards the east of Brussels.

3. Srivaddhanaprabha was also a force to reckon with in the world of polo. He had a major role to play in adding value to the British polo circuit.

4. He was honoured with the surname, Srivaddhanaprabha, which means "light of progressive glory", back in 2013 by the king of Thailand Bhumibol Adulyadej.

5. Srivaddhanaprabha snowballed into a billionaire after starting off from a humble shop in Thailand back in 1989.

Leicester City English Premier League Football
Get the latest Cricket news, check out the India cricket schedule, Cricket live score . Like us on Facebook or follow us on Twitter for more sports updates. You can also download the NDTV Cricket app for Android or iOS.