Unai Emery has been busy in the transfer market in his first weeks in charge. 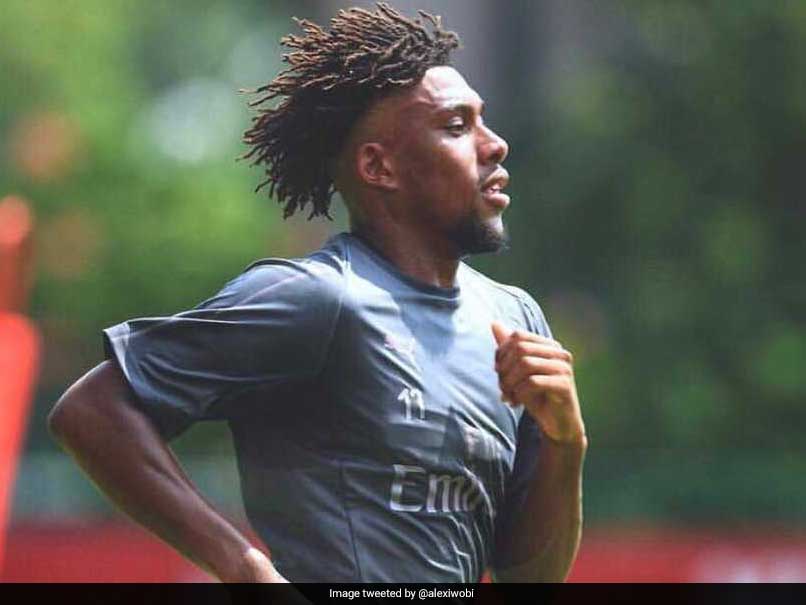 Arsenal boss Unai Emery on Friday said Nigeria's Alex Iwobi was set to sign a new deal, in a boost to his efforts to fire the Gunners back to the big time. Emery has been busy in the transfer market in his first weeks in charge but he said Iwobi, 22, was staying put for the post-Arsene Wenger era -- on a reported five-year deal. "My information is he's going to sign to continue with us," said Emery, who will face his previous club, Paris Saint-Germain, at the International Champions Cup on Saturday. Emery also hopes Wales international Aaron Ramsey will sign a fresh deal while Uruguay midfielder Lucas Torreira, German goalkeeper Bernd Leno and Frenchman Matteo Guendouzi are among the new arrivals. The Spanish manager was reported to have tangled with Neymar, the world's most expensive player, in the French capital before quitting and being handed a rebuilding role at Arsenal.

But he said he would maintain his egalitarian approach at Arsenal, whose teenagersEmile Smith Rowe and Guendouzi stood out in Thursday's penalties defeat to Atletico Madrid.

"I have my way and there's an opportunity here to work with the same mentality I want in my career: to bring the team a new spirit and a good energy with very good quality players and that's my idea, my work," he said in Singapore.

"Every player is important -- young players who have the opportunity to work with us and show their quality, and the new players at this moment are doing very well," Emery added.

"Every player for me is the same. That's the only way I'm going to find the best performance, the best way to improve quickly but with common sense -- not looking at certain players, looking at every player."

Emery has been tasked with returning Arsenal to trophy-winning ways and the Champions League, after they finished sixth in the Premier League last season.

Arsenal Alex Iwobi Football
Get the latest updates on IPL Auction 2023 and check out  IPL 2023 and Live Cricket Score. Like us on Facebook or follow us on Twitter for more sports updates. You can also download the NDTV Cricket app for Android or iOS.