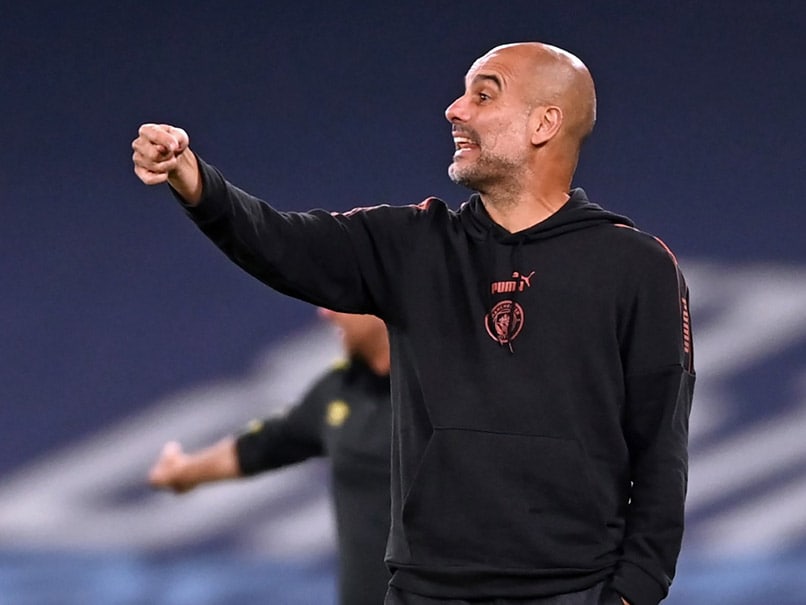 Manchester City boss Pep Guardiola claims to have just 13 fit senior players for Sunday's Premier League clash with Leicester. Sergio Aguero, Bernardo Silva, Joao Cancelo and Oleksandr Zinchenko have been sidelined by injury, while Ilkay Gundogan has tested positive for coronavirus and Aymeric Laporte's pre-season was also delayed when he contracted COVID-19. Guardiola turned to youth for Thursday's 2-1 League Cup victory over Bournemouth and expects to have to call on the club's academy resources again. "The situation we have right now, we have just 13 players available in the first team," said Guardiola. "We need the academy, not just for the training sessions. They can be selected during the games."

One youngster who caught the eye was 17-year-old striker Liam Delap - son of former Stoke midfielder Rory - who opened the scoring with a fine strike from just inside the area.

With Aguero possibly out for another two months as he recovers from knee surgery, the teenager could see more action in the coming weeks.

"With the problems we have up front, of course Liam will stay with us. We'll see if we need him or use him," added Guardiola.

"But we cannot forget, like the same way we spoke about Phil Foden in previous seasons, he's just 17 years old. He has a lot of things to improve, steps need their own time."

Now 20, Foden has shone as a first-team regular since English football returned from the coronavirus shutdown in June.

Guardiola had been questioned for not handing the England midfielder more minutes earlier in his career, but he believes Foden shows homegrown talents will be given their chance at City despite the club's spending in the transfer market.

"We congratulate the academy. I am the last step, but before there are a lot of people in the club working for this and it is a big success for them," said Guardiola.

"That's why you have the academy. When you need players we can use it. It depends on the quality of the player.

"When they have desire, work ethic and the quality is good, they will have chances."