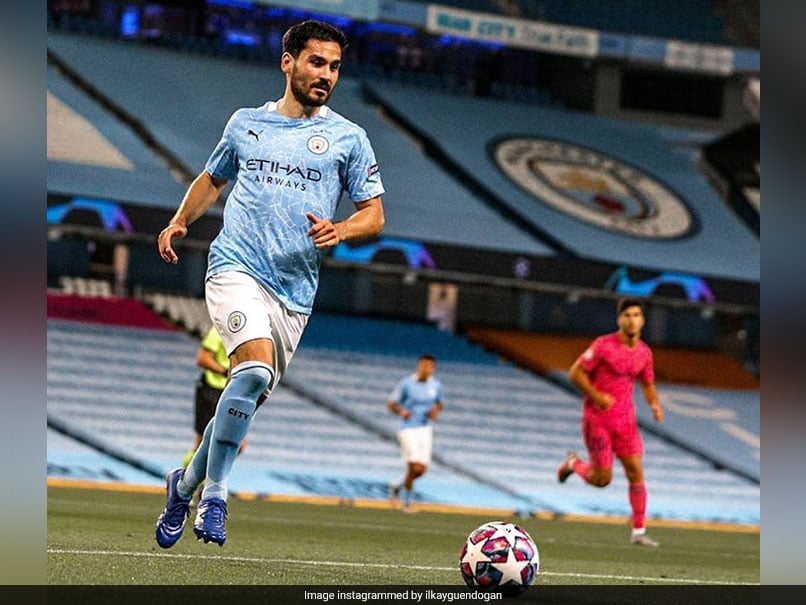 Manchester City's Ilkay Gundogan is now in self-isolation as the club prepare to play Wolves at Molineux.© Instagram

Manchester City midfielder Ilkay Gundogan has tested positive for coronavirus, the Premier League club announced on Monday, hours ahead of their first match of the new campaign. The Germany international is now in self-isolation as the club prepare to play Wolves at Molineux.

"Ilkay is now observing a 10-day period of self-isolation in accordance with Premier League and UK government protocol on quarantine," said a City statement.

"Everyone at the club wishes Ilkay a speedy recovery."

Gundogan is the third City player to return a positive test this month, following Aymeric Laporte and Riyad Mahrez.

City missed the opening weekend of the Premier League to give them extra time to recover from a late end to the 2019/20 season due to their involvement in the Champions League.

Manchester City Ilkay Gundogan English Premier League Football
Get the latest updates on ICC Women's Cricket World Cup 2022 and IPL 2022, check out the Schedule , Live Score and IPL Points Table. Like us on Facebook or follow us on Twitter for more sports updates. You can also download the NDTV Cricket app for Android or iOS.