Liverpool already have the Premier League title in the bag, but the race is on to qualify for the Champions League and Europa League, as well as the fight to avoid relegation. 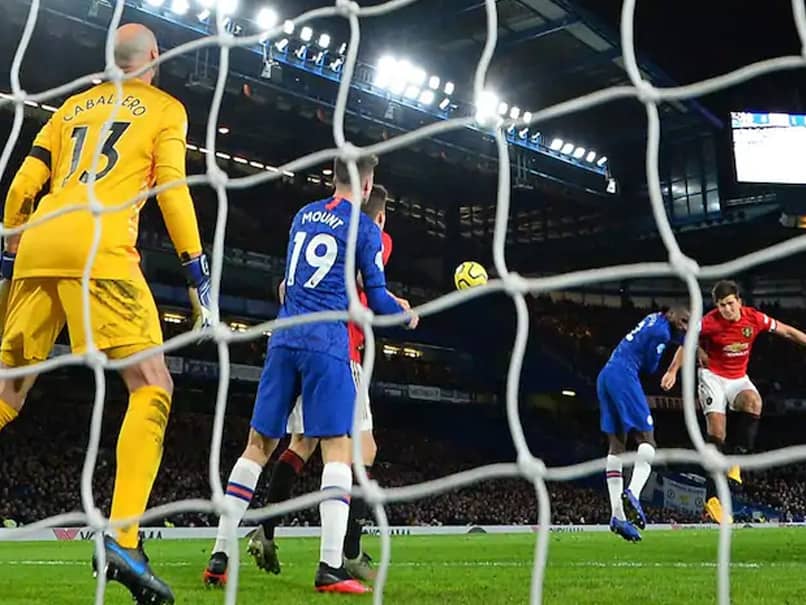 Chelsea, Manchester United and Leicester are locked in a battle to finish in the top four.© AFP

As the Premier League enters the final week of the season, there is still plenty to play for at both ends of the table. In the top four race, Manchester United's fifth win in their last six league games left them in fifth place in the Premier League. They are level on points with fourth-placed Leicester, trailing them on goal difference, and one point behind third-placed Chelsea. With the financial implications of failing to reach the Champions League certain to be painful for United, Solskjaer's men will be under intense pressure in their final two league games.

With two games remaining for all the clubs preparing to settle the campaign's remaining issues, AFP Sport takes as closer look at the race to qualify for the Champions League and Europa League, as well as the fight to avoid relegation:

Chelsea and Leicester City are in possession of the coveted top four berths alongside champions Liverpool and Manchester City, who are guaranteed to finish second.

But both side's grip on those spots in next season's Champions League could easily be broken by in-form Manchester United in a nerve-jangling finale.

Third-placed Chelsea are one point ahead of both Leicester and United, who sit fifth and are behind the Foxes on goal difference.

On Sunday, Leicester face a tricky trip to Tottenham, while on Wednesday United host West Ham and Chelsea travel to Liverpool.

After those games, the top four may have been shaken up significantly before the final round of matches on July 26.

Chelsea need four points from their last two games to guarantee qualification and play Wolverhampton Wanderers at Stamford Bridge on the last day.

Leicester and United meet in a decisive showdown at the King Power Stadium, which means if either of those teams win those last two games they are guaranteed to return to Europe's elite club competition.

United are the form team after winning five of their seven league games since the restart, while Chelsea and Leicester have both shown recent signs of vulnerability.

The teams who finish fifth and sixth will qualify for next season's Europa League, unless either of the sides in those positions win the Champions League or the Europa League -- United and Wolves are contenders in the latter competition -- when they restart next month.

Winning those tournaments is rewarded with Champions League qualification.

If the FA Cup winners finish in the top six, then seventh place in the Premier League would qualify for the Europa League.

Sixth-placed Wolves will qualify for the Europa League if they win their final two games against Crystal Palace and Chelsea.

Tottenham, one point behind Wolves, will be guaranteed to hold onto seventh place at least if they win their final two games against Leicester and Palace.

Sheffield United, who face Everton and Southampton, are one point behind Tottenham in eighth and need Jose Mourinho's men or Wolves to slip up.

Norwich are already relegated, leaving two places to be filled by unwilling teams over the next week.

Third-from-bottom Bournemouth are three points behind Watford and can move level on points if they beat Southampton at Dean Court on Sunday, with a three-goal margin of victory enough to take them above the Hornets on goal difference.

If Watford beat City or take a point, then Bournemouth or Villa would be relegated if they fail to match the Hornets' result.

On the last day, Villa head to West Ham, Bournemouth are at Everton and Watford travel to Arsenal.

After going six games without a win after the coronavirus hiatus, Villa have given themselves hope with four points from their last two matches, although conceding a late equaliser at Everton on Thursday was a major blow.

Bournemouth's win against Leicester on July 12 was their first in 10 games, but a defeat at City kept them in the mire.

Watford had won their previous games before a 3-1 loss at West Ham on Friday dented their survival bid.

Wolverhampton English Premier League Football
Get the latest updates on IPL 2020, check out the IPL Schedule for 2020 and Indian Premier League (IPL) Cricket live score . Like us on Facebook or follow us on Twitter for more sports updates. You can also download the NDTV Cricket app for Android or iOS.