Despite Manchester United having just three days' preparation for Sunday's clash, Frank Lampard has dismissed the idea that Chelsea have an extra edge. 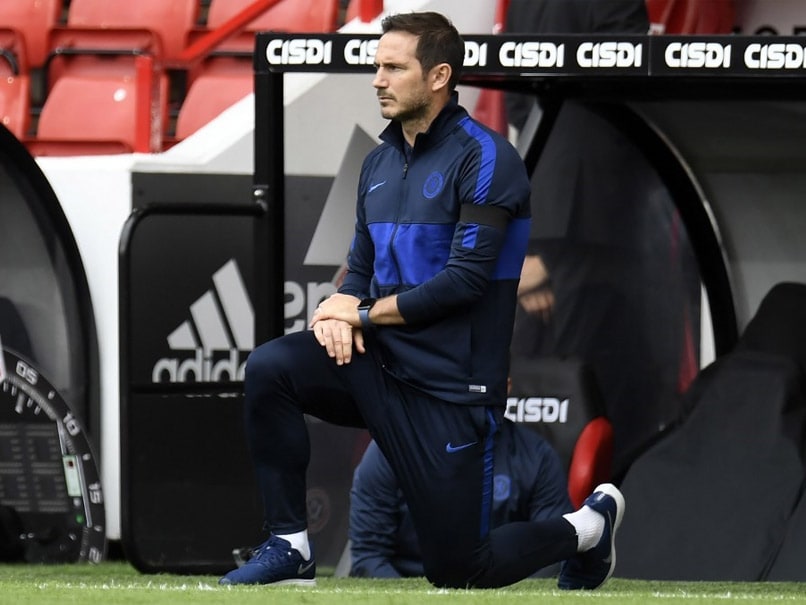 Frank Lampard has rejected Manchester United boss Ole Gunnar Solskjaer's claims that Chelsea will have an unfair advantage in Sunday's FA Cup semi-final because they have had more time to rest. Chelsea slipped up 3-0 at Sheffield United on Saturday but then beat Norwich at Stamford Bridge on Tuesday, leaving five days until Sunday's last-four Wembley battle. United drew 2-2 with Southampton at Old Trafford on Monday, then won 2-0 at Crystal Palace on Thursday.

Despite United having just three days' preparation for Sunday's clash, Blues boss Lampard has dismissed the idea the Londoners have an extra edge.

"We're in a period where we're playing games all the time very regularly, and you become 'play, recover, play again, recover', and you work with the squad as it is," he said.

"It's an age-old question. A lot of managers, you probably dig out the times when I've mentioned it, but at the same time it isn't about advantage or not.

"Sometimes it works in your favour to be playing regularly and ticking over, so, no, I don't see it."

Chelsea, also battling United for a Champions League spot, must do without France's World Cup winner N'Golo Kante at Wembley.

The former Leicester midfielder remains sidelined with a hamstring injury, leaving Jorginho in the frame to sit at the base of midfield again.

"And obviously (Bruno) Fernandes has made a huge difference coming in January."

Manchester United Frank Lampard Football
Get the latest updates on Fifa Worldcup 2022 and check out  Fifa World Cup Schedule, Stats and Live Cricket Score. Like us on Facebook or follow us on Twitter for more sports updates. You can also download the NDTV Cricket app for Android or iOS.