Members of the Indian Test squad that reached England had their first training session in London on Friday as they began preparations for the rescheduled fifth Test. 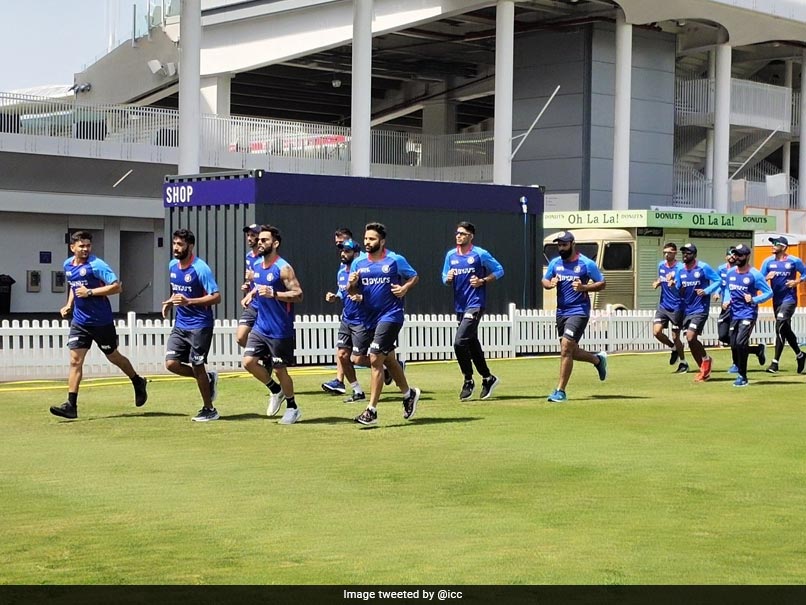 Members of the Indian Test squad that reached England had their first training session in London on Friday as they began preparations for the rescheduled fifth Test in Birmingham beginning on July 1. Taking to social media, the Board of Control for Cricket in India (BCCI) shared pictures from the training session. "Out and about in London," the BCCI captioned the post. The players were seen having a run around a ground. Virat Kohli, Jasprit Bumrah, Cheteshwar Pujara, Ravindra Jadeja and Shubman Gill were among the players spotted in the pictures.

The players travelled from India to England on Thursday. The BCCI had shared pictures of the team ahead of their departure.

Captain Rohit Sharma has not yet travelled to England but is expected to join up with the squad very soon.

Another player who is expected to join the contingent late is Rishabh Pant, who is currently leading India in the ongoing five-match T20 International series at home against South Africa.

KL Rahul, who was originally supposed to captain India in the series against South Africa, was ruled out with a groin injury and he is also reportedly set to miss the rescheduled Test against England.

Rohit Sharma, India's new all-format captain, was rested for the series against South Africa, along with Kohli and Bumrah.

India had taken a 2-1 lead in the Test series last year, but the fifth Test was called off at the time due to a COVID-19 outbreak in the visitors' camp and eventually postponed to July this year.