Watch - "Once A Leader...": Virat Kohli Does The Team India Huddle Talk With Captain Jasprit Bumrah By His Side

In the Team India huddle, it was Kohli and not skipper Jasprit Bumrah who was giving the pep talk to teammates 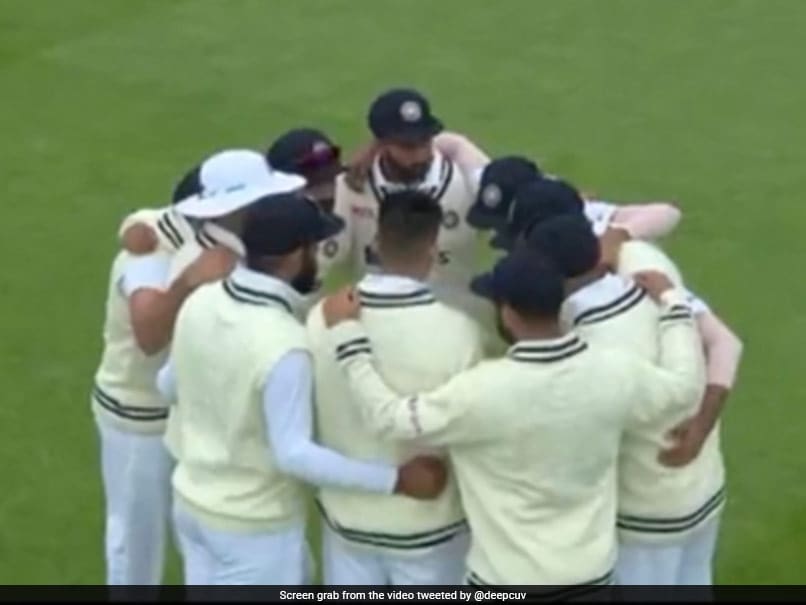 Due to Rohit Sharma's unavailability for the fifth rescheduled Test against England in Edgbaston, the Indian cricket team got a new captain in Jasprit Bumrah. Devoid of any captaincy experience in First-class, IPL or List-A games, Bumrah became the 36th Test captain of India. Bumrah's elevation came despite the presence of several senior players in the side. Virat Kohli was one of them. He is a former India captain under whom the Test side reached great heights. After the Indian innings ended on 416 as the visitors huddled to start bowling against England, an interesting sight was seen.

In the Team India huddle, it was Kohli and not skipper Jasprit Bumrah who was giving the pep talk to teammates.

Kohli giving the team talk as Bumrah watches on. pic.twitter.com/vHk2UhePH0

The incident has myriad reactions from the cricket fans.

Kohli talking in the huddle. Feels like he's still the captain. Once a leader always a leader

Virat Kohli addressing the team huddle He may not be the captain but can never take out the leader Outta him. #inflation

A Leader need not always be a Captain!

India, 2-1 up in the five-match contest, are without regular captain Rohit Sharma after he was ruled out with Covid-19. Fellow opener KL Rahul, who with Rohit scored heavily in England last year, had already been sidelined with a groin problem. A win or draw in the fifth rescheduled Test match will ensure that India win their fourth-ever Test series in England

Both teams have experienced major upheaval since they last met, with Chris Silverwood and Root replaced as England's coach and Test captain respectively.

Kohli stepped down as India captain in February, with paceman Jasprit Bumrah leading the side for the first time at Edgbaston, while Rahul Dravid succeeded the retiring Ravi Shastri as coach in November.

By playing the game, albeit almost a year later than schedule, India are helping fill an estimated £40 million ($48 million) hole in English cricket's finances.

Ravindra Jadeja England vs India, 2022 Cricket
Get the latest updates on ICC T20 Worldcup 2022 and CWG 2022 check out the Schedule, Live Score and Medals Tally. Like us on Facebook or follow us on Twitter for more sports updates. You can also download the NDTV Cricket app for Android or iOS.