Moeen Ali said his appointment as England vice-captain for the fourth Test against India starting on Thursday was an example of the "beauty of sport". 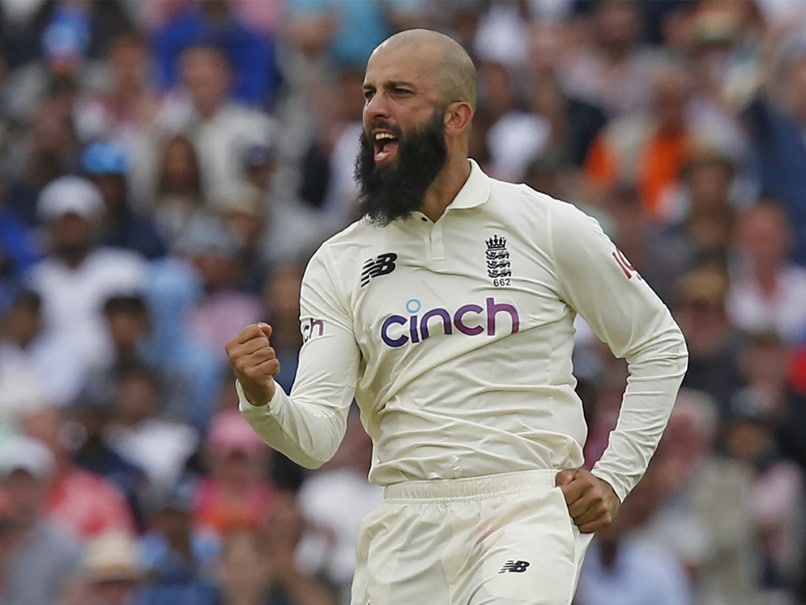 Moeen Ali will be England's vice-captain in the Oval Test due to the absence of Jos Buttler.© AFP

Moeen Ali said his appointment as England vice-captain for the fourth Test against India starting on Thursday was an example of the "beauty of sport" after he was not even in the squad at the start of the series. The off-spinning all-rounder finds himself deputy to Joe Root at the Oval with Jos Buttler on paternity leave and Ben Stokes still unavailable due to mental health issues. "It sounds amazing," Moeen told reporters on Wednesday. "Obviously to captain or vice-captain England in any form is huge and I'm very excited. I'm obviously not hoping for Joe to go off the field but if he does go off, I'm looking forward to the role."

Moeen found himself back in the fold for India's 151-run win in the second Test at Lord's before keeping his place for England's innings and 76-run victory at Headingley last week that levelled the five-match series at 1-1.

"I think that's the beauty of sport in one way," said Moeen, who has captaincy experience with county side Worcestershire.

"I know Jos isn't here, Ben isn't here, I know they would have done it if they were here, so I'm pretty realistic in that respect.

"But to be given the role is great and I do speak a lot to the players and we bounce ideas off each other a lot."

James Anderson has done the job before, while England opener Rory Burns has captained Surrey.

But Root hailed 34-year-old all-rounder Moeen as a "natural leader" with a "brilliant cricket brain".

An example of Moeen's tactical qualities came in the first over of the third Test when, having advised Anderson to bowl a fuller length, the England great turned him to him in celebration when he dismissed KL Rahul for a duck -- the start of an India collapse to 78 all out.

"He just asked me if he was bowling a little bit too short and I said 'maybe just a little bit'. It's scary because Jimmy Anderson has got so many wickets and telling him to pitch it up is not easy. Next ball he pitched it up and he (Rahul) nicked it," recalled Moeen.

"It's amazing he's even asking me my opinion on these things, because he's obviously the greatest bowler we've ever had," said Moeen of Anderson, whose career tally of 630 Test wickets has been surpassed only by two retired spinners in Australia's Shane Warne (708 wickets) and Sri Lanka's Muttiah Muralitharan (800).

"So that gives me a lot more confidence, that I can mention something to Jimmy."

But Moeen stressed he couldn't rely on his new position to keep his place in the side ahead of an Ashes tour of Australia overshadowed by uncertainty regarding Covid protocols.

"The next two games are quite big from an individual point, to put some performances in and keep my spot in the team," he explained. "That's all I want to do, initially.

"With Australia, there's a lot more information we need, as players and families, for us to even think about going there really."

"I just remember it took me three balls to get three wickets and then we celebrated the win. I've always enjoyed playing here," he said.

"I'm not expecting (another) hat-trick but I probably expect a little bit of spin towards the end of the game. It looks a little bit more green than normal here, but it's always a good wicket for spinners here in the end."

Moeen said India could recall off-spinner Ravichandran Ashwin, yet to feature in this series, but added left-arm spinner Ravindra Jadeja was someone "I'd always have him in my team no matter what", adding: "I'm sure Ashwin has been considered."

Joe Root Cricket
Get the latest updates on ICC Women's Cricket World Cup 2022 and IPL 2022, check out the Schedule , Live Score and IPL Points Table. Like us on Facebook or follow us on Twitter for more sports updates. You can also download the NDTV Cricket app for Android or iOS.