India vs England: Moeen Ali Named Vice-Captain In Place Of Jos Buttler For 4th Test At The Oval

India vs England: All-rounder Moeen Ali was named as England vice-captain for the fourth Test against India starting Thursday at the Oval after Jos Buttler was given a paternity break due to the impending arrival of his second child. 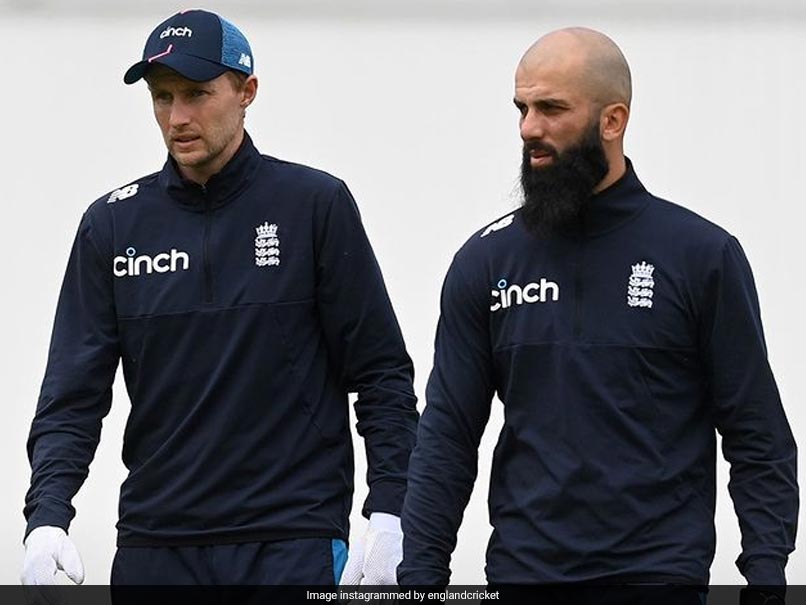 IND vs ENG: Moeen Ali was picked as the deputy of Joe Root for The Oval Test.© Instagram

All-rounder Moeen Ali has been named as England vice-captain for the fourth Test against India starting Thursday at the Oval. Moeen's elevation comes after Jos Buttler was given a paternity break due to the impending arrival of his second child. The 34-year-old Moeen has so far played 63 Tests for England, scoring 2879 runs with five hundreds and also has 193 wickets to his credit with five five-wicket hauls with his off-breaks. In this Test match, England have brought back Mark Wood, who has recovered from his shoulder injury and Chris Woakes, who was out of action during the first three games due to injury issues.

A post shared by We Are England Cricket (@englandcricket)

England Cricket wrote on Instagram: "Moeen Ali has been named as our vice-captain for the fourth LV= Insurance Test against India. Congrats, Mo!".

Jos Buttler England vs India, 2021 Cricket
Get the latest updates on SA vs IND 2021-22, check out the Schedule and Live Score . Like us on Facebook or follow us on Twitter for more sports updates. You can also download the NDTV Cricket app for Android or iOS.