Virat Kohli An "Amazing" Character, Need More Like Him In Cricket: Michael Vaughan

England vs India: Michael Vaughan said Virat Kohli is "an amazing character" after he was spotted mocking the Barmy Army, and added that cricket needs more entertainers like him. 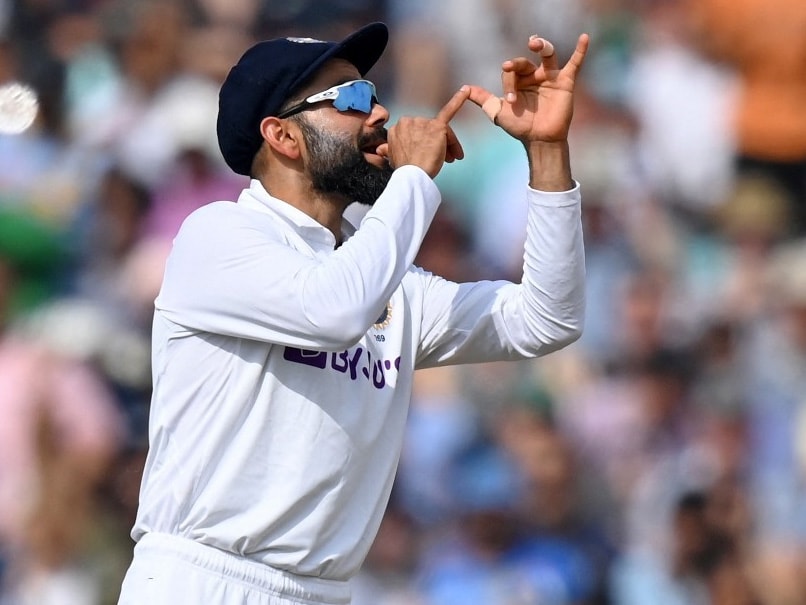 Former England captain Michael Vaughan has hailed Virat Kohli as an incredible leader, saying the Indian captain gave a tactical masterclass to how to win a Test match at the Kennington Oval. The Virat Kohli-led side registered an emphatic 157-run win over England to take a 2-1 lead in the ongoing five-match series. Indian bowlers delivered big time on the last day of the fourth Test at the Kennington Oval on Monday as the genius of mercurial Jasprit Bumrah, and all-around performance by Shardul Thakur in the match helped visitors in defeating England by 157 runs to gain a 2-1 lead in the five-match series.

"Virat Kohli is an incredible leader. He's just got this buzz of energy. He was taking the piss out of the Barmy Army with these trumpet signs. I love it. We don't have enough characters in the game and mimicking the crowd, trying to get his own supporters going. When they came out after lunch he was getting them going. It was like he was at the end of the long jump in the Olympics trying to get the crowd going," Vaughan told Fox Sports' The Back Page.

"He's an amazing character and yesterday he gave a tactical masterclass on how to win a Test match. Those that complain are just boring. They don't understand entertainment. We're in the entertainment industry where we need people like Virat Kohli. We need characters," he added.

On the final day of the Oval Test, Kohli had mocked the Barmy Army by pretending to play the trumpet following Jasprit Bumrah's delivery to dismiss Ollie Pope.

"You go back to the 80s and 90s there was character (after character). We work with them; Shane Warne one of the great characters, an absolutely great guy, mad as a box of frogs. But you know that you've got a great character in the commentary box and on the field, and when you get someone like Virat Kohli, who stands out because we don't have a lot of characters, there are not many teams that have characters who are willing to do what Virat does, and he's very prickly, he doesn't like criticism, he's always answering back to anyone that criticises him, again, I like that, it's not a problem," said Vaughan.

"What he's doing with this Indian Test match team is fantastic for the game because we need India to love Test match cricket, and with Virat at the helm leading this side, they're certainly doing that and they're playing to a great standard and they're doing a job on my team," he added.

With the conditions good enough for batting, England openers got the hosts off to a decent start, with both scoring fifties, however, Shardul came into the attack and got rid of Burns in his first over of day 5. Shardul Thakur who was part of the Indian quartet in scoring more than 50 runs in the second innings, also dazzled with the ball as he sent back Joe Root to the pavilion later.

Hosts were still in the game until just after lunch on Day 5 when Jasprit Bumrah produced a glorious spell to give India a real shot at victory. India will now take on England in the fifth and final Test, beginning September 10 at Manchester.

Virat Kohli Michael Vaughan England vs India, 4th Test Cricket
Get the latest updates on India vs South Africa and check out  Schedule, Results and Live Score. Like us on Facebook or follow us on Twitter for more sports updates. You can also download the NDTV Cricket app for Android or iOS.