England vs India: Joe Root said that it was frustrating to see England lose 10 wickets on the final day, but credited Jasprit Bumrah's spell after Lunch for turning the game in India's favour. 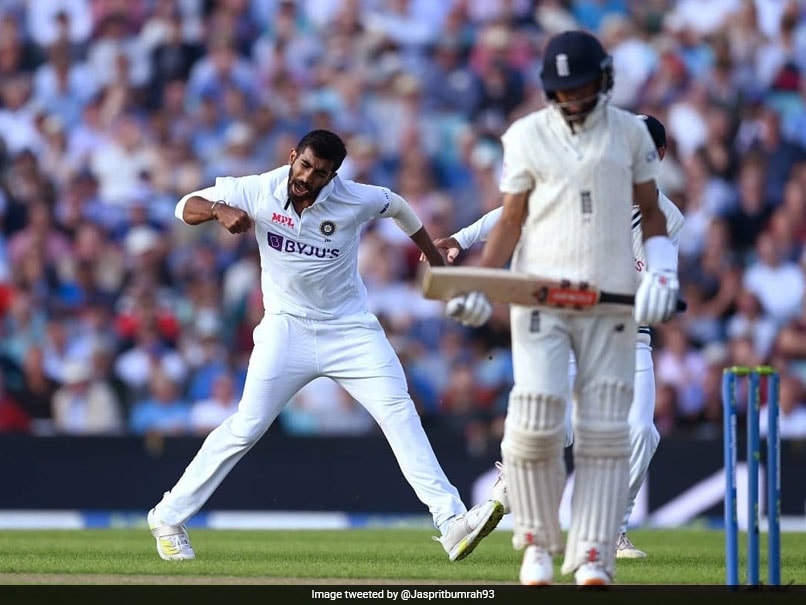 ENG vs IND: England could not recover from Jasprit Bumrah's fiery spell after Lunch on Day 5.© Twitter

After stumbling to a 157-run loss in the fourth Test against India, England skipper Joe Root said that it was frustrating to lose all ten wickets on the final day of the game. However, he also praised the visitors' bowling attack. The Virat Kohli-led side registered an emphatic 157-run win over England to take a 2-1 lead in the ongoing five-match series. Indian bowlers delivered big time on the last day of the fourth Test at the Kennington Oval on Monday as the genius of mercurial Jasprit Bumrah, and all-round performance by Shardul Thakur in the match helped India to a memorable victory.

"It's been frustrating to lose 10 wickets. But, I think, actually, where the game is lost - where we could really stamp out authority on things was earlier in the game. I think we should have gotten a bigger lead the first time around. It would have been nice to have another 100 runs, actually. And then we're looking at a very different game," Root said during a virtual press conference.

"We have got to be a little bit more ruthless with those first innings runs and with our catches, although some of them were extremely difficult. But it has to be said, at the same time, you give chances and half-chances to world-class players and they take them. We have seen that throughout this game," he said.

"It's disappointing, frustrating, especially turning up today with the opportunity to go and win a Test match. To be bowled out is hard to take for the lads in the changing room. Also, we'll look at how we responded from Lord's and the performance we put in at Headingley. We're going to look to do exactly the same at Old Trafford," he added.

With the conditions good enough for batting, England openers got the hosts off to a decent start, with both scoring fifties, however, Shardul came into the attack and got rid of Burns in his first over of day 5. Shardul Thakur who was part of the Indian quartet in scoring more than 50 runs in the second innings, also dazzled with the ball as he sent back Joe Root to the pavilion later.

"We had to earn the right to get ourselves in a position to dictate terms. It was always going to have to be the case that we needed wickets in hand. We certainly set things up nicely. Going into lunch it would have been nice to be only one down. It was more if we got into a position near tea where we had wickets in hand then we could have definitely looked to put our foot on the gas and put India under pressure. You know when there are wickets in hand you always feel like you can score quickly. India would have probably had to be a little more defensive with some of their fields and they would have had that in the back of their mind that we could chase them down," said Root.

"Unfortunately we couldn't quite take it deep enough and that was a wonderful spell of bowling that really turned the game. They got the ball reversing nicely and they took advantage of it, and we just didn't have the right answers which is slightly frustrating," Root said.

"I think we've seen things that we've got to get better at. We've got to keep looking to improve - recognising those key moments in games and enforcing our advantage. We did it at Headingley, and we didn't quite manage to do that this time around. It's something that we've got to be more consistent at," he added.

India and England will now face off in the fifth and final Test, beginning September 10 at Manchester.